Re The Shooting of a "CIA Operative" by Houston Police

Video of the Carnaby shooting

" ... The black Jeep Commander Carnaby was driving is registered to the National Security Command Center. ... Federal credentials were also found inside the SUV but investigators are still trying to determine if the identification is real. ... Relatives said they have plenty of proof that Carnaby was CIA, including an autographed book from, they say, his very close friend, former CIA Director George Tenet. ... "
http://www.myfoxhouston.com/myfox/pages/News/Detail?contentId=6439193&version=2&locale=EN-US&layoutCode=TSTY&pageId=3.2.1

I'm not sure that there is a federal agency known specifically as the NSCG. But there IS a quasi-military NATIONAL SECURITY COMMAND CENTER in Fort Meade, Virginia - home of the National Security Agency. It is highly secretive, an NSA appendage. No address or contact information is given for this division, but it is a "Major Unit." The site provides it for other related military installations. See:
http://benefits.military.com/misc/installations/Base_Content.jsp?id=3130

Richard Clarke mentions an agency with this particular name in an interview, "Richard Clarke's New Team" posted at interesting-people.org, and it would fall under NSA jurisdiction:

Also possible, the Houston Police Department has a homeland security division, and has a close working relationship with the local Port Authority (Carnaby had connections there: see below), and becomes a command center in time of emergency:

" ... Purchases of sonar devices and additional surveillance cameras along the channel also are expected with the first round of DHS Port Security Grant funding. The operation and maintenance of the equipment is provided by the Ship Channel Security District. According to Capt. John Anderson of the Houston Police Department's Homeland Security Division, the spending of any grant dollars is carefully coordinated with Mayor Bill White's office to most effectively meet the city's needs. ... "
http://www.officer.com/print/Law-Enforcement-Technology/HOMELAND-SECURITY--All-day--every-day/1$37885 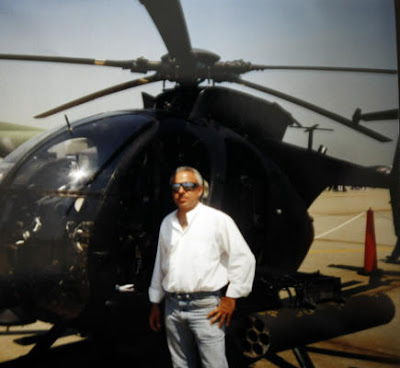 Interesting that the Roland Carnaby case was followed up on by Houston media. They hit it pretty hard first few days, and the word was the CIA would come and validate the identification. Of course, the story went black here. ... I guess it is strange that he ran. I guess he had something more important going on. I know you are busy man. I will ask yes or no question. Was it a hit? Is that why he ran? - B.

B: Not too hard to work out, really.

There aren't many options - either he'd been caught in the act of doing something highly illegal - and there is no indication of that - or he was in a state of fear for his life. He flashed a CIA ID and the officers didn't buy it.

The CIA disavows any connection.

Let's assume that he had some interesting connections, however, that CAN be established. Who did he actually know? If he was a smuggler of some kind, experience (see The Bluegrass Conspiracy, by Sally Denton, for the pattern I'm about to describe) tells me that he would have a link to the local import regulatory body - say, the Port Authority:

Houston Chronicle, May 1: " ... The couple had private dinners with the head of the Houston Port Authority... "

There it is. This answers an important question: where did the contraband enter the state? At the port. So, if I was an investigator looking into it, I'd do a newspaper search for smuggling arrests at the Port for a possible connection.

The commissioner of the Houston Port Authority is Mr. James T. Edmonds. Here's his bio:

" ... current Director and Member of Executive Committee at Greater Houston Partnership. Edmonds serves as chairman of the Partnership's World Trade Supervisory Board and has served as chairman of the Port of Houston Authority since June 2000. His own firm assists clients with legislative and regulatory matters at the local and state levels of government. ... "

This is something to know more about. Also, politicians and corporations involved: 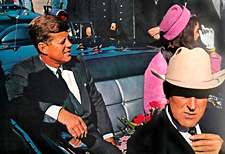 John B. Connally's pit of evil. Bingo. (In his prime, John Connally's legal clients included oil billionaire Sid Richardson, said to have been a key financier of the John Kennedy assassination, and his nephew-partner, Perry Bass.)

" ... In the private sector, Edmonds was a founding partner of the investment banking firm of Masterson, Moreland, Sauer & Whisman, Inc. He was also a consulting principal with KPMG-Peat Marwick. ... "

KPMG. Bingo. (And while we're at it, take a look at the corporate connections of the Port Authority Board of Directors: http://investing.businessweek.com/businessweek/research/stocks/private/relationship.asp?personId=13355899)

" ... [Edmonds] serves on the board of visitors of the Texas A&M University at Galveston and the board of Space Center Houston. Edmonds received his bachelor's degree from Abilene Christian University. ... "
http://investing.businessweek.com/businessweek/research/stocks/private/person.asp?personId=13355899&privcapId=13060970&previousCapId=26977&previousTitle=Continental%20Airlines,%20Inc.

Mister Christian Establishment from John Connally's office. Nail down Edmond's connections, tweak out the CIA and known fascist connections, and you will have more answers.

But to smuggle contraband and stay out of prison, the organized criminal with intelligence connections is bound to know cops, too:

" ... Carnaby also was close friends with former Harris County Sheriff Johnny Klevenhagen, who she said was best man at their wedding in 1986. Klevenhagen died in 1999. ... " 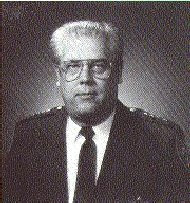 You might have expected Klevenhagen to be a Republican, but he was a Democrat. And he didn't put up with nonsense: New York Times, November 8, 1988: " ... Sheriff Johnny Klevenhagen defended his department's policy that allows deputies to shoot to stop an escape. ... " Texas lawmen don't mess around. They will shoot you in the back ...

His department employed a stereotypical psychotic-killer-with-a-badge or two: 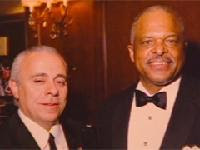 For an ideal smuggling ring, you need the Port and the sheriff, a few other key positions of authority (coroner, too). 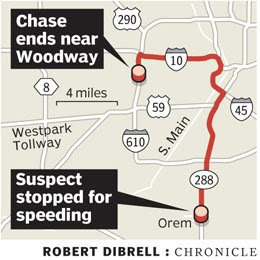 Who else? Houston Chronicle May 1: During the high-speed chase, "... Carnaby called an acquaintance in Houston Police Department's internal affairs division, trying to get someone to vouch for him to the patrolman." Connections at Internal Affairs are a hedge against investigations of the police role in the illicit operation. "Later, as he raced away from pursuing officers at speeds up to 120 mph, the man who had for years projected the persona of a federal intelligence officer apparently called a contact he knew in the FBI." 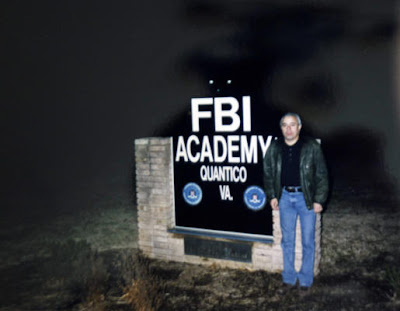 Carnaby at the FBI Academy

This is how The Company did it in Lexington, Kentucky. They cover key positions: governor, airport director, FBI, travel regulatory bodies, police.

Cops are deeply involved. They tend to off witnesses and whistle-blowers. What else?

Contraband likes UPS because the shipping service is private and has no postal inspectors:

"Even the staff at the UPS location where Carnaby had two different mailboxes thought he was a covert lawman. Mysteriously, that's all they would say at UPS, because Carnaby's widow and lawyer asked them not to say anything more. Longtime friend Alan Helfman helped Carnaby start the local chapter of the Association for Intelligence Officers. He, too, is convinced his buddy was an operative. ... "
(Source: Khou.com/May 6, 2008)

What else? Roland Vincent Carnaby would have a secret life ...

Carnaby "had become a shadowy figure, one who apparently concealed from his wife his true whereabouts and from his friends many of the pertinent details of his private life."

He "'never really wanted to talk about his personal life,' said one friend who asked not to be named."

So now you can resolve the contradictions this way: 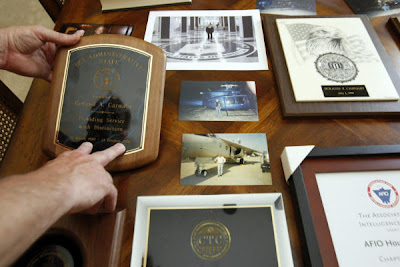 His "bona fides were too solid and his recognition by former intelligence personnel too genuine for him to be a fake."

He was real. This is why everyone is scratching their heads and calling it a "mystery." He was real ... but "the CIA disputes this." Of course.

"While we do not as a rule publicly deny or confirm employment, I will tell you in this case that Mr. Carnaby was not an employee of the Central Intelligence Agency," CIA spokesman Paul Gimigliano said. "He was never a CIA officer."

Of course. No mystery here. The CIA is not about to acknowledge that this dead smuggler worked for them. And he may not have been on the payroll, but he operated like one of them. The same can be said for the cocaine smugglers in the Bluegrass Conspiracy example - they weren't official employees of the Agency. The CIA would not admit, "Adnan Khashoggi works for us." Noriega "didn't work for" the CIA. Smugglers "don't work for" the CIA.

They're silenced when it goes awry - especially in an election year.

That takes it to another plane - keep sifting through his connections, and a political tie will turn up. And that will be the hottest lead in this case. That Port Authority needs a good combing over, too, and the dead sheriff, and that's where the answers lie in wait to be found. I haven't gone there yet - but that's how you piece it together.
Posted by Alex Constantine at 1:14 PM