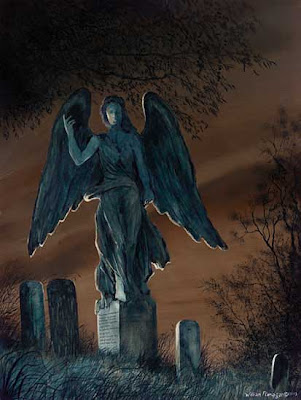 " ... Marvin Bush and Wirt Walker appear to have taken over the Saudi real estate investment and aircraft brokerage business once run out of Texas by Houston-based James Bath in association with Salem bin Laden, the late brother of Osama bin Laden, and Khalid bin Mahfouz ... There remains a question why private security agents posted at the Bush compound could not have responded to Champagne's distress. ... "

October 10 , 2003, 1200 PDT, (FTW) -- WASHINGTON, At around 9 PM on September 29, Fairfax County, Virginia police responded to a 911 call describing an accident. However, they soon discovered they were not dealing with a routine emergency but the mysterious death of an employee of the 47-year old brother of President George W. Bush, venture capitalist Marvin Bush. Sixty-two year old Bertha Champagne, described as a long time "baby sitter" for Marvin and Margaret Bush's two children, son Walker, 13, and daughter Marshall, 17, was found crushed to death by her own vehicle in a driveway in front of the Bush family home in the Alexandria section of Fairfax County. Champagne reportedly lived at the Bush family home.

Champagne had left the residence to retrieve something from her car, which police say had somehow been left in gear. According to the police report, the car rolled forward and pinned the woman between it and a small building next to the driveway (possibly a checkpoint built by the Secret Service when Marvin's father, George H. W. Bush, was president). The car crossed Edgehill Drive, a small street in front of the Bush compound. The vehicle then crossed a busy two-lane street, Fort Hunt Road, finally coming to rest in a wooded area across the street that adjoins the prestigious Belle Haven Country Club. No explanations have been offered as to why the vehicle did not move until Champagne was in a position to be crushed.

Champagne was pronounced dead on arrival at Inova Mount Vernon Hospital. Courtney Young, a spokesperson for the Fairfax County police was surprised when asked about the circumstances surrounding Champagne's death. She indicated the media was primarily focused on another Fairfax County story, the kidnapping and holdup of the wife of New Hampshire Senator Judd Gregg on October 7. More mystifying is the fact that the Washington Post waited almost an entire week to publish the story about the baby sitter's death. The incident occurred on September 29, but the Post did not report it until October 5 and buried it on page 3 of the Metro section.

Nevertheless, the Washington Post was the only media outlet to cover the story at all. Young said police still did not know the exact cause of Champagne's death.

(Champagne's car pinned her against the security structure on the right)
Young said the police had posted the incident on its web site in a press release, although the report makes no mention of Marvin Bush. It reads:

A 62-year-old Alexandria area woman died after being pinned between a rolling car and a building.  The crash happened on Monday, around 9 pm, near the intersection of Fort Hunt Road and Edgehill Drive.  Bertha Champagne had gone outside to get something from a car in a driveway.  The car, which was left in gear, began to roll forward.  Champagne was pinned between the car and a small building next to the driveway.  The car continued to roll down the driveway, crossed Fort Hunt Road, and came to rest in a wooded area.  Champagne was taken to Inova Mount Vernon Hospital where she was pronounced dead.

The press release is dated September 30 at 1330 (1:30 PM), some sixteen and a half hours after the incident occurred. The police were well aware of Marvin Bush's controversial role in serving on corporate boards for companies associated with the 911 terrorist attacks, however, they emphasized that Champagne's death was merely a quirky accident and no foul play was involved.

According to two articles in the Progressive Populist written by Margie Burns, from 1993 to 2000, Bush served on the board of Securacom (since renamed Stratesec). The chairman of the board of Stratesec is Wirt D. Walker III, a cousin of Marvin and George W. Bush. Securacom had contracts to provide security for Dulles International Airport (the airport from which American Airlines Flight 77, which crashed into the Pentagon, originated) and the World Trade Center in New York. Securacom's backers include a number of Kuwaitis through a company called KuwAm Corp (Kuwaiti-American Corp.). Stratesec also has Saudi investors. Walker also serves as a managing director of KuwAm, which maintains offices within the Watergate complex along with Riggs Bank, on whose board Bush's uncle, Jonathan Bush, sits. Saudi Princess Haifa al Faisal, the wife of Saudi Ambassador to the US Prince Bandar, used a Riggs account to funnel money to Omar al Bayoumi and Osama Basnan, two Saudi students in California associated with two of the 911 hijackers.

Until November 2002, Bush served on the board of HCC Insurance Holdings, Inc. (formerly Houston Casualty Company), a re-insurer for the World Trade Center. Bush still serves as an adviser to the firm. Walker serves as chief executive officer of Aviation General, an aircraft company backed by KuwAm. Aviation General, formerly Commander Aircraft, brokered the sale of airplanes to the National Civil Aviation Training Organization (NCATO), located in Giza, Egypt, the hometown of lead hijacker Mohammed Atta.

NCATO is the only civilian pilot training school in Egypt. NCATO has a training agreement with Embry-Riddle University in Daytona Beach, Florida, the flight school that was investigated by the FBI for possibly training at least one of the 911 hijackers.

A Houston businessman who worked closely with the Bush family over the years confided that Marvin Bush and Wirt Walker appear to have taken over the Saudi real estate investment and aircraft brokerage business once run out of Texas by Houston-based James Bath in association with Salem bin Laden, the late brother of Osama bin Laden, and Khalid bin Mahfouz. The source, who has dealt personally with the Bush family in Houston for a number of years, said there should be skepticism when looking at bizarre deaths like that of Champagne. The source speculated that Champagne might have happened upon some sensitive information the Bush family wanted kept secret.

Some observers wondered if Secret Service agents might have been able to assist Champagne when her car pinned her. According to the Secret Service in Washington, the agency only provides protection to presidential siblings if an Executive Order authorizes such action. A Secret Service spokesperson emphasized there is no current Secret Service protection for Marvin Bush.

However, there remains a question why private security agents posted at the Bush compound could not have responded to Champagne's distress.

There are also questions concerning Champagne's actual place of residence. According to the Post story, Bush told police that Champagne resided at their compound, However, a phone call to the directory-listed residence of Bertha Champagne in Franconia, Virginia resulted in Mrs. Champagne's son answering the phone. He confirmed that his mother lived at the Franconia address but he was clearly uncomfortable and nervous in talking to the media about the circumstances surrounding his mother's death.
Posted by Alex Constantine at 9:54 PM