Siegelman Makes his Case for being a Political Prisoner 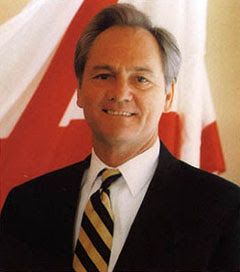 TUSCALOOSA | When former Gov. Don Siegelman called Thursday to get my email address so he could sent a copy of his 99-page appeal of his federal conviction on fraud charges, he said to pay close attention to the fifth argument his team of attorneys were making.

It is maintains that the court violated his First Amendment rights by increasing his sentence to more than seven years "based on out-of-court statements on matters of grave concern."

Essentially, what the former governor, who spent nine months in prison before being sprung by the 11th Circuit Court of Appeals on bond, says is that presiding and sentencing Federal Judge Mark Fuller punished him for speaking out against what he saw were injustices in his case and the political machinations surrounding it.

"On sentencing, the issue is simple: neither the Firs Amendment not the sentencing factors in [federal guidelines], allow Governor Siegelman's sentence to be increased as punishment for out-of-court statements on a matter of grave public concern, i.e., the motivations of prosecutors," the appeal, which two attorneys have told me was primarily written by Washington lawyer Sam Heldman, who both described as being the best in the business in such matters.

"The District Court plainly did this: it applied a Guidelines upward departure, on the prosecution's motion, based on taking 'judicial notice' of out-of-court statements by Governor Siegelman to the effect that his prosecution was improperly motivated," the appeal said. "No such specific statement was cited, much less quoted... In summary, Governor Siegelman received a longer sentence than he would otherwise received because he made certain unknown, unquoted and unspecified out-of-court statements questioning the motives and actions of the Executive branch of the United States Government."

The appeal went on to assert that, as Siegelman has maintained from the beginning, that there was a conspiracy from the White House on down through the Justice Department to the United States Attorney's office in Montgomery to get him and end his career as a successful Democratic politician in a state that has trended Republican in recent years.

"It is a legitimate -- even a vitally important -- subject of inquiry in a free society: whether prosecutors, rather than investigating a crime, have set their sights on an individual because of partisan politics," the appeal brief said. "Since sentencing, it has become all the more clear that this is a matter of real public concern in this case, and in the nation more generally."

Those concerns, the brief said, include "the firing of United States Attorneys who, in the view of many, were removed because they did not undertake prosecutions to the political advantage" of Republicans now in control of the executive branch, an issue the brief said "has been, and still is, the subject of investigatory journalism, editorials, Congressional investigation, and public debate."

The appeal quoted a report from the U.S. House Judiciary Committee that said there is "extensive evidence that the prosecution of former Governor Don Siegelman was directed or promoted by Washington officials, likely including former White House Chief of Staff and Advisory to the President Karl Rove, and that political considerations influenced the decision to bring charges."

Rove, of course, was subpoenaed by the House Judiciary Committee to testify on the Siegelman matter and others the same day the appeal was filed.

In a tone both outraged and sarcastic, the appeal said Siegelman was unduly punished for "pure speech of Government action, which is at the core of the First Amendment. If the constitutional right to freedom of speech means anything, it is that the United States cannot punish people for questioning or criticizing the action of federal government officials. And there is no 'criticism of federal prosecutors' exception to the First Amendment."

In short, Section 5 of the Siegelman appeal makes the boldest and most eloquent case yet that the former governor was and still may be a political prisoner.

Of course, that penultimate part of the appeal -- Section 6 simply argued that Siegelman's conviction should reversed to an acquittal by the 11th Circuit, or granted a new trial, or simply have his sentence vacated -- comes after four other sections detailing the mistakes Siegelman's lawyers say were made are are grounds for the same judgement from the appellate court.

Those you can read in full in the attached document.

For his part Siegelman attached a brief statement to his emial. It said:

"While in prison, I never lost faith, and now, while my freedom rests solely with the Court of Appeals and the restoration of fairness within the Department of Justice resting with the United States Congress, my faith in our system is strongers than ever.