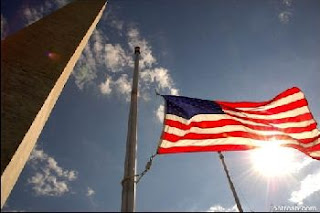 Conspiracy-theorist Website WorldNetDaily posts the inevitable “connection” between Fort Hood shooter Maj. Nidal Malik Hasan and President Obama, and it possesses the same level of rigor and responsibility we’ve come to expect from the leading source of disinformation that the president wasn’t born an American. Under the headline “Shooter Advised Obama Transition,” Jerome Corsi — he of the Swift Boat liars — writes:

The Homeland Security Policy Institute at George Washington University published a document May 19, entitled “Thinking Anew – Security Priorities for the Next Administration: Proceedings Report of the HSPI Presidential Transition Task Force, April 2008 – January 2009,” in which Hasan of the Uniformed Services University School of Medicine is listed on page 29 of the document as a Task Force Event Participant.

That GWU document no more “advised” the Obama transition than did the flurry of think-tank documents and advisory strategies put out by endless interest groups. It had, and therefore Hasan had, absolutely no connection to the Obama administration.

Here, for instance, is a story I wrote in November about one such strategy
"advisory" paper prepared by the civil liberties community for the Obama transition about counterterrorism strategies. Really, this is as stupid as saying that a guy who writes a letter to The New York Times “advised” editor Bill Keller.

For the sane version of this story, please see Danger Room’s Noah Shachtman:

In May — a few weeks after his pro-bomber post — he participated in attended a meeting of the Homeland Security Policy Institute’s presidential transition task force.

Hasan attended a meeting of a private organization that gave the transition some unsolicited advice. To a group of conspiracy theorists, this is the “connection.” How long before Fox News picks up the story?