Plain Dealer
November 07, 2009
{Thanks to Vigilius Haufniensis for the lead} 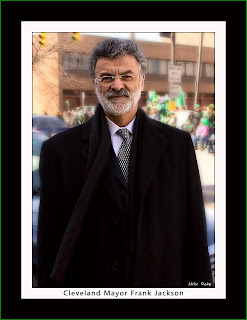 CLEVELAND, Ohio -- As he visited the East Side neighborhood devastated by serial killings, Mayor Frank Jackson told residents Friday that he felt a personal bond with the victims’ families.

The remarks were genuine. Jackson’s niece lived with murder suspect Anthony Sowell in the Imperial Avenue home where the bodies of 11 women have been found.

A spokeswoman for the mayor confirmed the revelation that came the same day that Jackson, under fire from citizens who have criticized the police, carved out a more visible role in the ongoing investigation. ...