Only Six Percent Of Scientists Are Republicans: Pew Poll 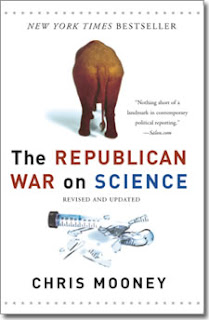 A new study by the Pew Research Center finds that the GOP is alienating scientists to a startling degree.

Only six percent of America’s scientists identify themselves as Republicans; fifty-five percent call themselves Democrats. By comparison, 23 percent of the overall public considers itself Republican, while 35 percent say they’re Democrats. ...