A Marxist Perspective on Ponzi Capitalism and the Deepening Moral Crisis 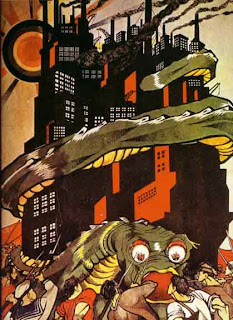 Today we are faced with a major economic crisis, but along with it there is also a deepening moral crisis of US capitalism. However, the people who are always finding fault with poor people, from teen pregnancy to deadbeat dads, are not speaking out about the immorality of the sub-prime robbery that resulted in mass foreclosures, especially for Black and Latino families. They say nothing about the moral aspect of the crisis of over 12 million working families who are now stuck with overpriced homes. The growing poverty and unemployment is "not their thing." They want to define immorality in terms only of their opposition to gay marriage, their dislike for welfare cheats and fear of street criminals. But crime in the suites is of little concern to them.

According to recent polls, only about 20 percent of the American people today identify with the Republican Party, because GOP policies have nearly destroyed the country. We are in the fix that we are in because of the actions of greedy capitalists who put their profits before people and the money they collect from interest above the national interest. These are the big moral problems, problems that are rooted in an economic system that creates the conditions that destroy families and whole communities and, place tens of millions of working people of all races and nationalities at risk. These are the big moral questions. What are the policies responsible for turning poor communities into fertile ground for drugs, crime and broken homes? What is the ideology that has led to gross underfunding of public schools, millions without health care, and 2.5 million prisoners behind bars? Need we mention the immorality of the wars in Iraq and Afghanistan, which have cost us dearly in blood and national treasure? ...