Rep. Hoekstra Gets "No Cooperation" from CIA and FBI in Fort Hood Probe 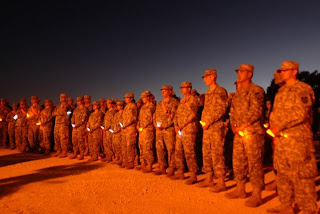 The top ranking Republican in the House Intelligence Committee, Rep. Pete Hoekstra (R-Mich.) said Tuesday the FBI and CIA have given him "no cooperation at all" in his request for information on what the intelligence agencies knew about Fort Hood shooter Nidal Malik Hasan.

"Finally they held a briefing last night for some of the senators and some of my staff, but again, the House is not in session, I've not been able to get the information at this point," he said on Tuesday's "Washington Unplugged." "I don't think they've been as cooperative as what the law requires them to be with Congress."

After "initial signals" from intelligence agencies that Major Hasan had contact with overseas terrorists, Hoekstra said he publically requested a report of the investigations -- what they knew and when they knew it.

"I said, please give me a briefing," he said. "I'd like this information before I go home [for Veterans Day recess]."

"They came back and said, we're not gonna give it to you, we're not ready and it's like, why not? And I never got a good answer as to why they wouldn't share information with us," he told CBS News' Chief Washington Correspondent Bob Schieffer.

The congressman explained his motives.

"We need to know exactly what we knew about Mr. Hasan before the tragic events of last week... about his communications with people in the Middle East, in Yemen, people that we know are dangerous people who are trying to incite people into radical jihadism. What his teachings and what his... statements that he was making here in the United States," Hoekstra said.

"Did anybody put all of this information together and reach some conclusion as to whether this guy posed a threat to our military or not?" he asked the agencies in his denied request.

He argued that intelligence agencies cannot mistake negligence in investigations with political correctness.

"[Th]e issue of identifying someone as potentially being a radical jihadist that poses a threat to other American citizens in somewhat of our politically correct environment of today" is a "very serious challenge that people may be very cautious to make," he told Schieffer.

However, he lamented that in bureaucracies, "the easiest way to solve the problem is, let's move it to somebody else."