Law Prof Sues "Above the Law" Over "Viciously Racist" Posts

It's the kind of story that tends to get big play on the legal blog Above the Law: A prominent University of Miami School of Law professor and civil rights advocate arrested on suspicion of soliciting an undercover officer for sex.

The blog had plenty of fun with the story in October 2007 with a series of posts about Donald Marvin Jones, whom it dubbed "The Nutty Professor." 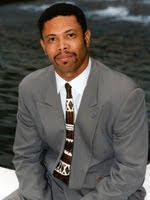 The only problem was that it didn't happen that way, and the blog's coverage veered into racism, according to a lawsuit Jones has filed in federal court. He alleged that Above the Law portrayed him in a false light, invaded his privacy and infringed the university's copyright on his faculty photo. Jones seeks $22 million in damages.

An online article about the arrest by David Lat, Above the Law's managing editor "instigated its readers not only to read the post but also to join in what was clearly a viciously racist series of rants" directed at the African-American professor, the suit claims.

Jones did not respond Monday to calls for comment on the lawsuit, which he filed pro se in the U.S. District Court for the Southern District of Florida on Oct. 27. The suit names Lat, Above the Law publisher David Minkin and parent company Dead Horse Media Inc., now called Breaking Media LLC, as defendants. Lat also declined comment on the suit.

The incident that touched off the blog controversy occurred on Aug. 22, 2007, when Miami police arrested Jones for allegedly attempting to offer an undercover officer $20 for sex, according to the police report. In his complaint, Jones protested his innocence. He was driving through Miami in his Mercedes-Benz when he missed his exit and attempted to turn around on a street in the rough Little River section of town and was stopped by police, the document says,

Jones pleaded not guilty to the solicitation charge.

Authorities later dropped the charge, and Jones' record was expunged — but not before Above the Law received a tip about his run-in with police. On Oct. 17, 2007, the blog ran a short post reporting Jones' arrest and arraignment on the solicitation charge — and that Jones teaches criminal procedure. "If there's any technical defect in his arrest, we're sure the good professor will be able to get himself off," said the post, which was written by Lat.

The following day, Above the Law posted the police incident report and noted that Jones had written a book called Race, Sex, and Suspicion: The Myth of the Black Male. The post also poked fun at Jones for driving a Mercedes but offering only $20 for sex.

The blog revisited the situation on Oct. 25, 2007, with a post noting that The Miami Herald ran a brief news report about Jones' arrest. Finally, on Oct. 29, 2007, the blog ran a photographic collage submitted by someone claiming to be a University of Miami law student that depicted Jones apparently soliciting prostitutes outside a Miami market. The collage included a picture of Jones' face transposed onto a $20 bill. On the site, Lat referred to the collage as a "irreverent, crass, and politically incorrect humor." The same post contained the following disclaimer: "We acknowledge that he merely stands accused on wrongdoing; he hasn't been convicted of anything."

Jones argued in his lawsuit that the posts were misleading and racist.

"This is the equivalent of creating a billboard on a highway depicting Professor Jones as a criminal and a 'nut,' " the suit reads. "It continues to be displayed. The materially false statements, together with the racist imagery have significantly damaged Professor Jones' reputation and career."

The suit alleged that the blog unlawfully used a photo of Jones taken from the University of Miami School of Law Web site.

In addition to monetary damages, Jones asked the court to force Above the Law to remove all the posts that refer to Jones.