STATISTICAL PROOF: VACCINES ARE NOT "SAFE," ESPECIALLY FOR WOMEN 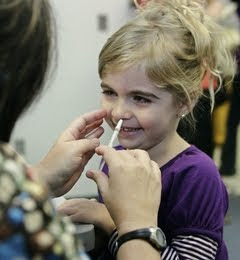 " ... How can the CDC, FDA and HHS ignore the damage and devastation that is being done to our young women [with vaccines]? ... "

Vaccines are they safe? Proof is in the numbers
By Cynthia A. Janak
www.renewamerica.com

This is the question that has been floating around all pro-vaccine, safe-vaccination and anti-vaccination groups for a very, very long time. Today, I am going to prove, at least with one vaccine, if it is safe or not. The proof is in the numbers that I received and researched through the VAERS (Vaccine Adverse Event Reporting System.)

First, the CDC (Centers for Disease Control) published a report about vaccination coverage in the United States. http://www.cdc.gov/mmwr/preview/mmwrhtml/mm5836a2.htm The title of this report is "National, State, and Local Area Vaccination Coverage Among Adolescents Aged 13–17 Years — United States, 2008" and it was published on September 18, 2009 / 58(36);997-1001.

I went to the US Census to find the population numbers for this age group but they were not available so I did the next best thing to get an approximate number. I used the age group of 15–19 year olds. This was the closest I could get to the needed population numbers. This is what I found.

These girls received at least 1 dose.

This is interesting because if you subtract the total of girls receiving all three doses from those that received at least or more than one dose you end up with 4,656,270 that never finished the regimen for Gardasil.

Now I understand that some could have and I stress could have discontinued getting the shot for financial reasons considering that the shot costs $120 + the doctor's office visit. This is pretty steep for a vaccination. But, still 4,656,270 is a huge number not to have finished.

I want to bring to your attention a little known fact here in regards to these numbers. The 4,656,270 is 71.3% of the total vaccinated. Why is this important you wonder? This falls in line with the stats found in the Closeout document presented to the FDA about Gardasil in September of 2008. You see in this document there is a section called "New Medical Conditions" and under that header it states that 73.3% of the participants had a new medical condition. Now these could be anything from pain at the injection site to migraines, seizures, etc. The list is huge. You can find this information in my article dated December 4, 2008, Gardasil trials update — "New Medical Conditions" http://www.renewamerica.com/columns/janak/081204

After I saw these numbers I wondered what the difference was in VAERS reports pre-Gardasil and post-Gardasil. This took me several hours to get all the sorting done and work the percentages. When I was finished I sat back and pondered my findings. I became so angry at what I found that I had to get away from the data to calm down.

This is what I found.

The areas that are highlighted in blue show that the boys were reported more often in the VAERS data base with adverse reactions (negative percentages). When the percentages are in the positive the girls are reporting more. [Click to enlarge]

Now this is where it gets interesting so please follow along. I am going to go slow because these numbers can make your head spin.

The Gardasil vaccine has a target age group of 9 to 26 year olds. That is why I have the red box around the 11–26 year olds because I do not know of many that received the shot at 9 or 10. So let us look at the 11–13 year olds first. Before Gardasil was approved we have only 3.8% more girls reporting adverse events to a vaccine. After Gardasil was approved in June of 2006, the percentage of 11–13 year old girls jumps exponentially to 44.7%.

Then in the 17–19 year old group the percentage of girls reporting more than boys pre-Gardasil was 40.4%. Post Gardasil you see another jump to 80.9%.

And to finish the 20–26 year olds you see 44.3% more girls reported pre-Gardasil and post Gardasil that number also jumps to 74.9%.

The numbers do not lie, people. This is not rocket science. This proves that Gardasil is dangerous and a thorough investigation needs to be done into this vaccine.

How can the CDC, FDA and HHS ignore the damage and devastation that is being done to our young women? It makes me wonder if they even checked to see if there was an increase in reporting to VAERS? In my opinion, if they did not check they all need to be replaced.

What scares me is the fact that Gardasil has been approved for boys and we now have the devastation that surrounds Cervarix to deal with. When is this madness going to stop? What needs to happen is for you to tell your friends to call their legislators in DC every day until a Congressional hearing is held on this topic of HPV vaccines. You voted for them and pay their salaries now make them work for it. Bring them to task in regards to HPV vaccines and their side effects. Tell them to not allow for boys to be vaccinated or for Cervarix. When one person adds their voice to millions of others it will get noticed.

What I also find that is interesting is that the investigative reporters from the major news media did not pick up on this. It takes a lay person like myself to do their jobs and research these facts.

We see this type of negligent reporting more and more often in my opinion. Look at what is being reported about Autism and the H1N1. Everything you read is biased to vaccination. They are not giving you all the facts. You are spoon fed, in my opinion, what they want you to know. Now the whole un-biased truth like we used to get years ago is non-existent.

It is my opinion that this style of reporting started when all the media and news groups were getting bought up by only 5 individual companies. They created a monopoly of sorts and dictate what these reporters are able to tell us.

What needs to happen is for the [FDA] or whoever is in charge these days to break up these monopolies and bring them back to the private sector so we can get unbiased news again. They need to be sold to American companies and not overseas concerns. I know I personally want to bring back "Made in America" and not "Made in China" or some other country that stole our manufacturing jobs.

I know that the tone of my reporting has changed a little bit. That is because I have nothing to lose at this point because the IRS is on my butt. Because of this I am going to expose all the dirty little secrets that I can find before they come after me. My hope is that you, my reader, will follow through and bring about positive changes to this country. I will lead the way but you will need to finish the job.