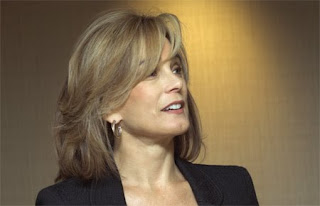 Sue Lowden's campaign to unseat Senate Majority Leader Sen. Harry Reid (D-Nev.) in his 2010 re-election bid took a nosedive when she laughed about an assassination attempt against Reid.

The former chairwoman of the Nevada Republican Party had emerged from the GOP pack of little-known Reid challengers to become the front-runner after a poll in late summer showed her leading Reid by 45 percent to 40 percent, with 15 percent undecided. But Lowden's boomlet burst when she appeared recently on a conservative radio talk show and snickered about the veracity of a 1981 incident in which a bomb was found under the Reid family's station wagon.

At the time of the botched bombing attempt, Reid was chairman of the Nevada Gaming Commission and Lowden was a news reporter at KLAS TV -- the local CBS affiliate in Las Vegas. Claiming she could not recall that an explosive device had been placed under Reid's car brought widespread ridicule from Nevada journalists familiar with Lowden's background and career. How could she not remember? It was news, for cryin' out loud," wrote Jane Ann Morrison in the Las Vegas Review Journal. "She was a Las Vegas television reporter in 1981 when it happened. Over the years, it was resurrected repeatedly in profiles of Reid's career. When the movie 'Casino' came out in 1995, the bombing attempt was news again. Reid himself wrote about it vividly in his book, 'The Good Fight.'"

Not only was she a reporter, Lowden also had been dating Ned Day -- the city's preeminent investigative reporter who was covering the bloody mob war dominating Las Vegas at the time and whose own car was torched. She went on to marry Paul Lowden -- a Strip horn player who managed to become the owner of the legendary Sahara Hotel. "If you think exploding cars are so funny, ask your husband about the time [Frank "Lefty"] Rosenthal's Cadillac exploded. That rib-tickler nearly killed old Lefty, but he lived long enough to see Martin Scorsese turn his life story into 'Casino,' " wrote Las Vegas columnist John L. Smith.

Lowden quickly sought to backtrack, publicly denying that she had laughed off the incident. But the damage had been done. When law enforcement corroborated the attempt on Reid's life, the Nevada senator was portrayed as a tough opponent of organized crime and his beauty queen opponent a frivolous distraction. "Here's some free advice," Smith wrote. "If you're looking for reasons to dislike Reid and blow up his politics, there are a thousand places for a conservative to start. But some things aren't a joke. And laughing at the wrong things makes you look more lightweight by the day."