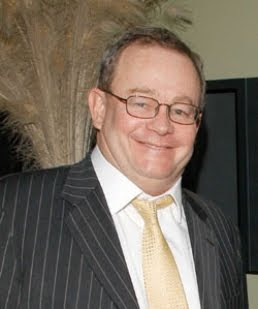 " ... [Post editor Col] Allan used to urinate in a washbasin during editorial meetings as a means of asserting his unfettered prerogative ... "

Nobody ever accused the New York Post of being a hotbed of political correctness. But according to a lawsuit filed Monday, the Rupert Murdoch-owned tabloid is more than just another rowdy newsroom where off-color jokes are tolerated -- it's a place where women are harassed and propositioned by their male bosses, minority workers are mocked and marginalized, and those who object too loudly are subject to retaliation.

Those are the allegations of Sandra Guzman, a former associate editor who was terminated by the Post last month. The only black or Hispanic female editor at the right-wing tabloid, she was also the only staffer to go public with her disapproval of a cartoon published in March that was seen by many as a racist attack on President Obama and led to protests outside the Post's offices. Her dismissal provoked speculation that she had been fired in retribution for breaking ranks and giving the paper's critics ammunition.

But the claims in Guzman's complaint go way beyond the notorious cartoon and its aftermath. The work environment at the Post, she says, "is permeated with racist and sexist conduct and comments toward employees of color and women." And that conduct originates very much at the top, in the person of Col Allan, the paper's Australian editor.

"Defendant Allan's repeated inappropriate and sexist comments and conduct have been widely known throughout the company, and he wields the unchecked power and authority to engage in such improper conduct with impunity," the suit alleges.

The evidence Guzman marshals to back this claim ranges from the mild (the old news that Allan treated visiting Australian politicians to a night out at a strip club) to the moderately alarming (Allan allegedly showed female employees a photo of a nude man on his BlackBerry) to the outright criminal ("Defendant Allan approached a female employee during a party at the Post, rubbed his penis up against her and made sexually suggestive comments about her body, including about her breasts"). 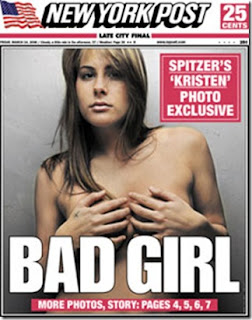 Not Quite a Genteel Guy

Allan is known as a profane, hard-drinking and brazenly unapologetic man who delights in tweaking the sensitivities of others, including those of his underlings. His behavior is anything but genteel: According to a 2007 profile in New York, Allan used to urinate in a washbasin during editorial meetings as a means of asserting his unfettered prerogative.

But pissing in a sink is one thing; singling out female employees for gropes and come-ons is another. I contacted the Post seeking Allan's response to the allegations. A spokeswoman for the paper offered this statement: "This lawsuit has no merit and is based on charges that are groundless. As previously stated, Ms. Guzman's position was eliminated when the section she edited was discontinued due to a decline in advertising sales."

Guzman's attorney, Kenneth Thompson, said the employees cited anonymously in the complaint will be identified during the course of litigation, and many of them will be called as witnesses in the event of a trial. Guzman herself declined, via Thompson, to be interviewed.

I contacted officials from the National Association of Black Journalists, the National Association of Hispanic Journalists and the New York State Department of Labor to see if any of them have received complaints about discrimination at the Post, but I haven't heard back from any of them. I did, however, hear from James Rucker, co-founder and executive director of ColorofChange.org, a group that, among other activities, has been leading the effort to convince advertisers to boycott Glenn Beck's Fox News program.

Here's Rucker's response: "Clearly, News Corp. has a problem when it comes to race.... [I]f Guzman's accusations hold any basis, that further solidifies the notion that race-baiting and racial discrimination aren't just in the programming of News Corp. properties, or limited to Fox News -- it's a problem that has its roots at the top and has penetrated into the culture of the workplace."

After the publication of the cartoon Guzman objected to, in the face of mounting protests, Murdoch eventually apologized and promised to establish a New York City-based diversity council to address complaints of bias or insensitivity. Sounds like the council has its work cut out for it.

http://www.dailyfinance.com/2009/11/10/lawsuit-claims-rampant-sex-harassment-race-discrimination-at-n/?icid=main|compaq-laptop|dl3|link2|http%3A%2F%2Fwww.dailyfinance.com%2F2009%2F11%2F10%2Flawsuit-claims-rampant-sex-harassment-race-discrimination-at-n%2F
Posted by Alex Constantine at 7:22 AM