The name of the arrested USAID officer is Abid Mehmood (see second story below). - AC

The activists of the banned organization, which included highly qualified persons such as computer engineers, telecom engineers, environment scientists, civil engineers, businessman and an officer of US-Aid project, have been booked under Anti-Terrorism Act (ATA).

Hate literature and other objectionable materials were also recovered during the raid, The News reports.

“The government had banned the outfit and barred its activities but the organization was working secretly and creating unrest among the public through the SMS and statements. The arrested activists have been charged under the Anti-Terrorism Act,” Islamabad Inspector General of Police (IGP) Syed Kaleem Imam said.

All the arrested activists would be presented before a local court later for further proceedings. (ANI) 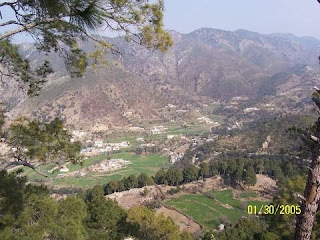 LAHORE: The recently arrested Hizbut Tahrir activists from Islamabad include a nuclear scientist, a private TV channel reported on Monday.

According to the channel, the arrested men include the scientist, a USAID official and an environmental scientist. The activists who are being interrogated by the Islamabad police include: Rizwan Aleem, a nuclear scientist and currently a PhD student at the Ghulam Ishaq Khan Institute of Engineering Sciences and Technology; Abid Mehmood, an officer of a United States Agency for International Development; and Aman Hamza, an environmental scientist.

Sources say the Hizbut Tahrir activists were likely to be handed over to intelligence agencies for further interrogation. Nearly all the 32 arrested activists belonged to educated families, the channel reported.