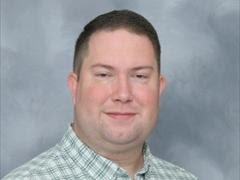 SAN ANTONIO -- A teacher at a local school has been accused of sexually assaulting two teenage girls.

According to an arrest warrant affidavit, Rosseau teaches middle school "science, keyboarding, and bible classes at a local Christian-based school. The affidavit states that a third teen reported she was asked by two other girls to join a 'secret society' call the "Order" which was based on the occult, magic, Freemasonry, and Christianity. The girl was told by the pair that to be a member of the society, she would have to be 'intimate' with the director, identified as Rosseau, in order to establish trust.

The girl said she met with Rosseau at the home of one of the other girls but refused to join the group. She was reportedly later told that Rosseau was receiving pressure from his superiors to have her submit to him.

Police were informed about the incidences after the girl got into an argument with classmates at school about revealing that Rosseau might be having sex with the two other girls. After police were told the girl had been in contact with Rosseau through computer chat room emails, police obtained permission from the girl's family to collect her home computer.

The arrest warrant affidavit goes on to say the girl said Rosseau told her the 'Order' rules authorized him to have sex with them and that he would read Bible passages to the them to legitimize that belief.

Rosseau has been charged with Sexual Assault of a Child.

http://www.woai.com/news/local/story/Teacher-accused-of-forming-secret-society-to-have/f56Sd2LJtkuxy5kyfZPLtw.cspx
Posted by Alex Constantine at 4:32 AM