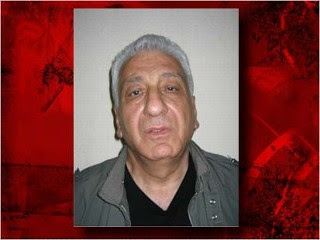 "Like Al-Kassar, Khashoggi owns a magnificent residence in Marbella, where a branch of Barclay's Bank is a frequent site of dubious dealings."
http://www.ogd.org/gb/23EESLMA.html

Monzer Al-Kassar, the Syrian drug trafficker accused of complicity in the terrorist bombing of a Pan Am Boeing jet over Lockerbie (Scotland) and in the hijacking of the Achille Lauro ocean liner was recently released from a Spanish jail. His release coincides with the capping of the career of Baltasar Garzon, the judge who had Al-Kassar arrested last year and who has now been named head of Spain's war on drugs. Meanwhile, Al-Kassar's fate has attracted the attention of justice officials in Geneva who are currently conducting several investigations into the laundering of drug money. Al-Kassar's release required a string of luck. First he managed to get his former partner and main accuser, Abu Merced, to deny the original allegations. Merced no longer says it was Al-Kassar who gave him the Sig Sauer pistol used in the 1984 Madrid shooting of Joseph Elias Awad, a Mossad agent left paralyzed by the incident. A second "lucky" development involved Ahmed Al Assadi, the Palestinian terrorist spending time in Italy's Vercelli prison for his role in the Achille Lauro hijacking, who has also changed his story and now refuses to go to Spain to formally identify Al-Kassar as the person who supplied weapons to the Palestine Liberation Front (PLF) organization headed by Abu Abbas. It was PLF terrorists who hijacked the Achille Lauro on 7 October 1985, held 600 passengers hostage and killed a US citizen with Kalashnikovs reportedly supplied by Al-Kassar who, for that matter, shares a joint bank account with Abu Abbas at the Bilbao-Vizcay Bank (no. 4135). Meanwhile, another Al-Kassar accuser, Ismail Jalid, died after falling from the fifth floor of a building in Marbella, Spain, on 28 September 1992. the autopsy reported that he was in an alcoholic coma at the time. Finally, Al-Kassar managed to come up with the two billion pesetas (US $15 million) required for his release on bail pending trial. Al-Kassar faces eventual extradition to Argentina on charges of committing perjury when obtaining Argentinean nationality. Meanwhile, the investigation by the American newsweekly Time into Al-Kassar's role in placing a bomb-laden suitcase on Pan Am flight 103 on 21 December 1988 (resulting in 270 deaths) has not led to an indictment. Al-Kassar was thus free to return to the marble mansion in Marbella that he has owned for the past 17 years. As soon as Al-Kassar was arrested in Madrid on 3 June 1992, a Swiss prosecutor in Geneva, Laurent Kasper Ansermet, launched his own investigation and turned up some disturbing evidence. According to Ansermet, Al-Kassar is linked to organized crime via various bank accounts - some $5 million of assets have now been frozen. Al-Kassar is apparently part of a shady network which is being very closely studied, even though no indictments have been issued as yet. The network list includes the name of Joseph Saba, a Lebanese boss currently incarcerated in France and cited in the 1985 "Paccots affair" involving the largest heroin factory ever uncovered in Switzerland. Saba was also linked to the "Lebanese Connection" and to the adventures of the Magharian brothers, which resulted in the 1989 downfall of Swiss Minister of Justice and Police Elizabeth Kopp. Also on the list is Adnan Khashoggi, the famous Saudi weapons merchant who was arrested and extradited from Switzerland in 1989 only to be acquitted by a New York court. Like Al-Kassar, Khashoggi owns a magnificent residence in Marbella, where a branch of Barclay's Bank is a frequent site of dubious dealings. This web of contacts also includes Albert Shammah, a Frenchman who has been based in Geneva since 1977 and who heads a firm named Mazalcor. Italian justice officials initially suspected Shammah of involvement in a lire-laundering scheme on behalf of Turkish drug traffickers, but the case was later dismissed. Finally, there is a Swiss connection in the form of the Cultrera-Meninno scandal, which only leads back to Marbella, a beach resort for the "jet set" now emerging as the hub for every mafia connection in Spain. Felice Cultrera and Gianni Meninno are under investigation in Geneva for fraud and money laundering. They are also under investigation in Marbella by Judge Blanca Esther Diez, who has uncovered a group of attorneys and judges protecting them. Cultrera and Meninno, who are currently at large, set up corporate fronts in Gibraltar and then made a fortune by selling property that did not belong to them. Using forged documents, and protected by the Santapaola family of the Italian mafia, they sold the Marbella casino to Italian financier Gioachino del Din, as well as hotels and other real estate on the Costa del Sol. When Spanish police seized Cultrera's address book, they found not only the names of Al-Kassar and Khashoggi, but also that of Philippe Junot, ex-husband of Princess Caroline of Monaco. Junot's former lawyer, the Argentinean Alberto Mondino, has now become one of Al-Kassar's attorneys. Also in the address book is the name of Marc Rich, a wealthy Hispanic-American businessman living in Switzerland and sought by the US Internal Revenue Service for tax evasion. Rich, too, has a villa in Marbella. Prosecutor Ansermet would like to know whether he can confiscate the frozen funds belonging to Al-Kassar in Switzerland, but neither Spanish judge Garzon, nor his colleague Carlos Bueren, has ever responded to Ansermet's legal query as to whether the Syrian's money is the fruit of drug trafficking. Ansermet would also like to coordinate his investigations into Cultrera and Meninno with the Spanish judge handling that affair, but has yet to receive a response from Spain. This silence may point to problems with the Spanish investigation, or to a lack of confidence in Genevan investigators. In which case the Swiss will have to go it alone (OGD correspondent in Switzerland).
© The Geopolitical Drug Dispatch n° 23, September 1993
Posted by Alex Constantine at 11:05 PM