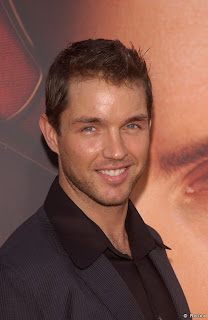 ... The new documentary from Academy Award-winning director Barry Levinson, Poliwood examines the intersection of politics and the entertainment industry. It follows several members of the "Creative Coalition" as they travel to both the Democratic and Republican national conventions in 2008. They waltzed in through the front door, with cameras and no hidden agenda. Everybody saw them.

Last month, the handsome co-star of movies like Black Hawk Down, Rambo (2008 edition) and Transformers: Revenge Of The Fallen, appeared at a secret, far-right conclave in liberal Austin, Texas. How secret? It wasn't even listed on the hotel's public calendar.

The sponsor was an outfit called the Council for National Policy. According to a 2007 story in the New York Times, the conservative group was "founded 25 years ago by the Rev. Tim LaHaye as a forum for conservative Christians to strategize about turning the country to the right." LaHaye was then-head of Jerry Falwell's "Moral Majority," and is co-author of the popular Left Behind series that predicts and then depicts the biblical Apocalypse from the specious Book of Revelation.

The council's website is cryptic in the extreme, not listing members or staff, only speeches after-the-fact. News coverage informs us that bylaws of the sneaky society forbid patrons from publicly disclosing its membership or activities.

Nonetheless, participants at the Austin event were smoked out by the local American-Statesman newspaper. Culled from a hall of fame "who's who" of the modern far-right movement, they included George Gilder, co-founder of Seattle's Discovery Institute, which promotes the teaching of Intelligent Design (a fancy term for creationism); Phyllis Schlafly, founder of the Eagle Forum; James Dobson, fundamentalist founder of Colorado-based Focus on the Family; and Edwin Meese, the former U.S. attorney general under Ronald Reagan who positively hates the Supreme Court's 1966 Miranda ruling. (Full disclosure: I hate meeses to pieces, too.)

The Statesman's reporter wrote that his entry to the festivities was barred, and that "functionaries" even broke up his hallway interviews. He went on to describe the Hollywood hotshot who appeared in the midst of this nutty gaggle:

"Movie actor Matthew Marsden was asked if he gives speeches. 'I feel like I'm going to,' he said." What drew Marsden to the scene? "A sidekick marching {him} away replied: 'Americans want to see family-friendly movies.'"

That's quite the disingenuous response, of course, considering Marsden has no history of support for such things. Furthermore, several of his film projects have been rated R, while the recent Transformers, according to its listing on IMDb, was rated PG-13 "for intense sequences of sci-fi action violence, language, crude and sexual material, and brief drug material." Family-friendly?

There are certainly popular entertainers with a conservative bent, some more bent than others. Jon Voight, for example, a great actor on occasion, doesn't hide his opinions. He's gone off the deep end in front of us for years. Just this week, he appeared with Tim Pawlenty in Minnesota, telling the crowd that President Obama is "causing civil unrest in this country....taking away God's first gift to man: our free will." Thursday, Voight appeared with Dobson henchman Tony Perkins at a rally in Washington hosted by the certifiable Michelle Bachmann.

Times have changed. Charlton Heston, who headed the NRA in his later years, didn't spew bizarre religious-right screeds like, say, has-beens Pat Boone and Chuck Norris now do regularly. Heston wasn't a lunatic, and neither, one senses, are conservatives such as Clint Eastwood, Bruce Willis, or Gary Sinise. (The jury, however, is still out on Mel Gibson.)

Director Levinson has noted in interviews for his documentary that most stars don't take public stands on hot button issues because it's generally not a wise career move, especially for those still climbing the ladder. It can offend half of the potential ticket-buying audience. Perhaps this explains Marsden's masked and anonymous approach to civic involvement.

Still, he obviously didn't appear at this unpublicized meeting of the far-right by chance, thousands of miles from the east and west coast media meccas. 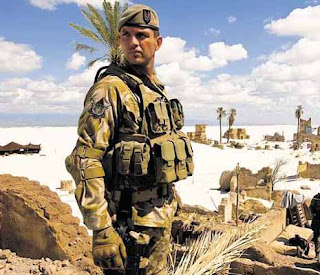 If Matthew Marsden is really honored to hang out with anti-gay, religious-right hate mongers -- and that's who he flew halfway across the country to be with in private -- then he should do it in the light of day.

http://www.huffingtonpost.com/jackson-williams/hollywood-actor-matthew-m_b_347930.html
Posted by Alex Constantine at 9:13 AM