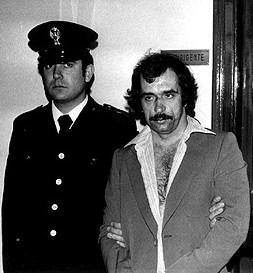 A mafia turncoat has claimed Cosa Nostra planned to kidnap the Italian Prime Minister - but the plot was scrapped because Silvio Berlusconi had already hired a feared mobster to protect himself.

Gaspare Mutolo, 69, who claims he murdered 30 people during his 25 years in the Mafia, says in the 1970s he was ordered to kidnap Berlusconi, then a wealthy property developer.

Berlusconi has always denied knowing Mangano was a member of the Sicilian Mafia. He said he employed him to look after his horses.

However, Mangano was later convicted of being a member of Cosa Nostra, drug trafficking and two counts of murder.