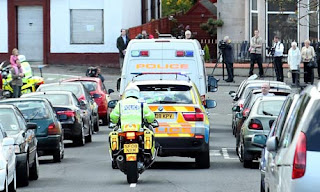 Three months after the release of Abdelbaset al-Megrahi, the families of American victims of the Lockerbie bombing have reignited a row over the medical advice that allowed him to be freed early from his 27-year sentence.

Megrahi was released on compassionate grounds from prison in Greenock on 20 August after the Scottish justice minister, Kenny MacAskill, received advice that he was terminally ill with prostate cancer. It was said that the Libyan, who was convicted of carrying out the bombing, only had three months to live.

Relatives of the victims have been monitoring the release, counting down the days; today that three-month period passed.

Rosemary Wolfe, the president of Justice for Pan Am 103, which represents families of the 270 people who died, and who opposed the release, said: "It does not surprise me that he is alive and well. It was a major mistake for the Scots to let him go. It is just horrible."

Today a Democratic senator in New York called for the "immediate" return of the Libyan former intelligence agent to prison in Scotland.

"The bottom line is Megrahi should have never been released in the first place but it would be even more outrageous if he were to be able to live a long and free life after his release," said Charles Schumer, in a letter to the prime minister, Gordon Brown.

Megrahi has been treated at Tripoli's medical centre but has not been seen in public since September, when he was photographed in a wheelchair, coughing badly, looking frail and surrounded by visiting African MPs.

His brother, Mohammed, said 10 days ago Megrahi was in hospital but it is not clear whether he is still there or being cared for in the family's villa in the Dimashq suburb of the capital.

"He's very ill," an Arab source close to the case told the Guardian. "His condition hasn't improved. It's just a matter of time."

Libya's state-controlled media has had nothing to say about the convicted Lockerbie bomber in recent weeks except to insist in October that he was alive after an incorrect media report that he had died.

The Libyan government has been anxious to avoid any further publicity since the international row over the hero's welcome given to Megrahi when he flew home.

The importance of the move was underlined by the fact that he was escorted by Saif al-Islam, the influential son and likely heir of the Libyan leader Colonel Muammar Gaddafi. The negotiations for his release were conducted by one of Libya's most respected officials.

The hope in Tripoli – as in London – is that relations with the UK, focusing on billions of pounds worth of business, investment and oil, can now develop quietly without further controversy.

In an interview earlier this month Gaddafi brushed aside a question about Megrahi's release, saying: "It is a matter of concern for the British, Scots, Americans. We are not really concerned about it."

The British and Scottish governments were braced for the row being rekindled as the three-month date was reached. They have sought to play down the damage done in the US by the release, but there is a lingering resentment in America and a renewed bout of publicity will not be welcomed by the governments.

The British embassy and its consulates in the US received hundreds of letters and phone calls expressing hostility to the release.

Conservatives in the Scottish parliament are pressing MacAskill to publish Megrahi's medical papers as well as the latest updates on his health. Under the terms of the release Megrahi is required to update officials in Scotland every month via a video link on his medical status.

Bill Aitken, the Scottish Tory justice spokesman, said: "Megrahi lost all rights to patient confidentiality when he became Britain's worst mass murderer. Scotland is still sickened by the sight of his hero's return to Tripoli."

At the time of his release MacAskill was at pains to say the three-month lifespan was an estimate. But he relied entirely on a report by Dr Andrew Fraser, the head of medical services for the Scottish prison service, stating that Megrahi's health had declined significantly in the weeks before his release. "The clinical assessment therefore is that a three-month prognosis is now a reasonable estimate for this patient," Fraser said.

Wolfe, from South Carolina, whose 20-year-old stepdaughter Miriam was killed by the bomb aboard the transatlantic flight in December 1988, said she had put in a freedom of information request seeking details of Megrahi's health but had been unsuccessful so far.

Another relative, Susan Cohen, from New Jersey, whose daughter Theodora was killed on the flight, also opposed the release. "Scotland was shameful in this and the whole British government. It is absolutely sickening. I am very angry," Cohen said.

"He is in the hands of Libya and when he is dead, we want to see the body. If he had been in Scotland, we would have at least believed it when told he was dead," she said.

The US ambassador to Britain, Louis Susman, likened the Lockerbie row with Scotland to a "little fight … but you don't get divorced" when he visited Alex Salmond, Scotland's first minister and Scottish National party leader, last month.

It would help if there wasn any relaible evidence left of the prosecution's case to keep Megrahi in jail. With the exception of the fact that he was at Malta on 21 December 1988, all evidence to show that he iss it has been oerturned.

A court is a court of fact and of law. Those Lordships who put and maintained the conviction of Megrahi must come forward and set him free.