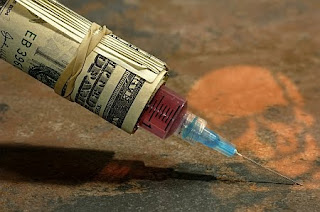 " ... the United States and its Afghan allies bear a large share of responsibility for the drug industry's dramatic expansion since the invasion. Buried deep in the report, its authors admit that reduced levels of drug production would have little effect on the insurgency's vigor. ... "

As President Obama and his advisors debate future troop levels for Afghanistan, a new report by the UN Office on Drugs and Crime (UNODC) muddies the water on one of the most important issues in the debate — the effects of Afghanistan's drug production.

The report, entitled "Addiction, Crime, and Insurgency: The Transnational Threat of Afghan Opium," gives the false impression that the Taliban are the main culprits behind Afghanistan's skyrocketing drug production. It also implies that drugs are the main reason why the Taliban are gaining in strength, absolving the United States and NATO of their own responsibility in fomenting the insurgency.

In fact, the United States and its Afghan allies bear a large share of responsibility for the drug industry's dramatic expansion since the invasion. Buried deep in the report, its authors admit that reduced levels of drug production would have little effect on the insurgency's vigor.

The following annotation rebuffs some of the report's main assertions, puts in perspective the Taliban's role in the opium economy, and highlights U.S./NATO responsibility for its expansion and potential reduction.

Taliban insurgents draw some US$ 125 million annually from drugs, which is more money than ten years ago, [and as a result] the perfect storm of drugs and terrorism, that has struck the Afghan/Pakistani border for years, may be heading towards Central Asia. A big part of the region could be engulfed in large-scale terrorism, endangering its massive energy resources.

These claims are supposed to make us shudder in the face of an impending narco-terrorist seizure of a large chunk of the world's energy resources. UNODC states that a decade ago the Taliban earned $85 million per year from drugs, but that since 2005 this figure has jumped to $125 million. Although this is pitched as a significant increase, the Taliban play a more minor role in the opium economy than UNODC would have us believe and drug money is probably a secondary source of funding for them. Indeed, the report estimates that only 10-15% of Taliban funding is drawn from drugs and 85% comes from "nonopium sources."

The total revenue generated by opiates within Afghanistan is about $3.4 billion per year. Of this figure, according to UNODC, the Taliban get only 4% of the sum. Farmers, meanwhile, get 21%.

And the remaining 75%? Al-Qaeda? No: The report specifies that it "does not appear to have a direct role in the Afghan opiates trade," although it may participate in "low-level drugs and/or arms smuggling" along the Pakistani border.

Instead, the remaining 75% is captured by government officials, the police, local and regional power brokers and traffickers — in short, many of the groups now supported (or tolerated) by the United States and NATO are important actors in the drug trade.

The New York Times recently revealed that Ahmed Wali Karzai, President Hamid Karzai's brother, has long been on the CIA payroll, in addition to his probable shady dealings in drugs. But this is only the tip of the iceberg, as U.S. and NATO forces have long supported warlords, commanders, and illegal militias with a record of human rights abuses and involvement in narcotics. A former CIA officer said that "Virtually every significant Afghan figure has had brushes with the drug trade." According to a New York University report, General Nazri Mahmad, a warlord who "control[s] a significant portion of the province's lucrative opium industry," has the contract to provide security for the German Provincial Reconstruction Team.

UNODC insists on making the Taliban-drugs connection front-page news while not chasing with the same intensity those supported by Washington. The agency seems to be acting as an enabler of U.S./NATO policies in Afghanistan.

When I asked the UNODC official who supervised the report what percentage of total drug income in Afghanistan was captured by government officials, the reply was quick: "We don't do that, I don't know."

Instead of pointing a finger directly at the U.S./NATO-backed government, the report gives the impression that the problem lies mostly with rotten apples who threaten an otherwise well-intentioned government. 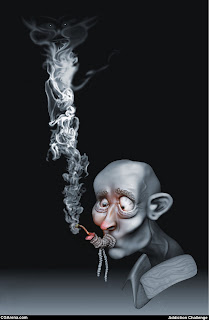 But the roots of Afghanistan's upsurge in drug production since 2001 are directly related to U.S. policies and the government that was installed in the wake of the invasion. The United States attacked Afghanistan in 2001, in alliance with anti-Taliban warlords and drug lords, showering them with millions of dollars and other forms of support. The empowerment and enrichment of the warlords with whom the U.S. allied itself enabled them to tax and protect opium traffickers, leading to the quick resumption of opium production after the hiatus of the 2000 Taliban ban.

To blame "corruption" and "criminals" for the state of affairs is to ignore the direct and predictable effects of U.S. policies, which have simply followed a historical pattern of toleration and empowerment of local drug lords in the pursuit of broader foreign policy objectives, as Alfred McCoy and others have documented in detail.

Impunity for drug lords and warlords continues: a U.S. Senate report noted in August that no major traffickers have been arrested in Afghanistan since 2006, and that successful prosecutions of significant traffickers are often overturned by a simple bribe or protection from above, revealing counternarcotics efforts to be deficient at best.

Identifying drugs as the main cause behind Taliban advances absolves the U.S./NATO of their own responsibility in fomenting the insurgency: Their very presence in the country, as well as their destructive attacks on civilians account for a good deal of the recent increase in popular support for the Taliban.

In fact, buried deep in the report, its authors admit that reducing drug production would have only "minimal impact on the insurgency's strategic threat." The Taliban receive "significant funding from private donors all over the world," a contribution which "dwarfs" drug money. Although the report will be publicized by many as a vindication of calls to target the opium economy in order to weaken the Taliban, the authors themselves are not convinced of the validity of this argument.

Of the $65 billion turnover of the global market for opiates, only 5-10% ($3-5 billion) is estimated to be laundered by informal banking systems. The rest is laundered through legal trade activities and the banking system.

This is an important claim that points to the enormous amounts of drug money swallowed by the world financial system, including Western banks.

The report says that over the last seven years (2002-2008), the transnational trade in Afghan opiates resulted in worldwide sales of $400-$500 billion (retail value). Only 5-10% of this is estimated to be laundered by informal banking systems (such as hawala). The remainder is laundered through the legal economy, and importantly, through Western banks.

In fact, Antonio Maria Costa was quoted as saying that drug money may have recently rescued some failing banks: "interbank loans were funded by money that originated from drug trade and other illegal activities," and there were "signs that some banks were rescued in that way." "At a time of major bank failures, money doesn't smell, bankers seem to believe," he wrote in UNODC's 2009 World Drug Report (emphasis in original).

Afghanistan has the world monopoly of opium cultivation (92%), the raw material for the world's deadliest drug — heroin, [which is] causing up to 100,000 deaths per year.

Tobacco is the world's deadliest drug, not heroin. The former kills about 5 million people every year. According to the WHO, if present tobacco consumption patterns continue, the number of deaths will increase to 10 million by the year 2020. Some 70% of these will be in developing countries, which are the main target of the tobacco industry's marketing ploys. So why does the Taliban get more flak than tobacco companies?

The report estimates there are 16 million opiate users across the world, with the main consumer market being Europe, valued at $20 billion. Europeans are thus the main source of funding for the Afghan drug industry and their governments share a significant part of responsibility for failing to decrease demand and provide more treatment services within their own borders. Lowering drug use in Europe would contribute significantly to reducing the scale of the problem in Afghanistan.

Moreover, the report notes that NATO member Turkey is a "central hub" through which Afghan opiates reach Europe. Perhaps NATO should direct its efforts towards its own members before targeting the Taliban.

Yes, the Taliban surely take a cut out of the precursor trade (the chemicals needed to refine opium into products like heroin and morphine).

However, Western countries and some of their allies are also involved: The report identified "Europe, China, and the Russian Federation" as "major acetic anhydride sources for Afghanistan." For instance, 220 liters of acetic anhydride were intercepted this year at Kabul airport, apparently originating from France. In recent years, chemicals have also been shipped from or via the Republic of Korea and UNODC's 2008 Afghan Opium Survey pointed to Germany as a source of precursors.

It is unclear what the total value of the Afghan trade in chemical precursors is, but from the report's data it can be inferred that the retail value of just one precursor, acetic anhydride, was about $450 million this year. Part of that money goes back to Western chemical corporations in the form of profits. Tighter safeguards should be in place on these products.

UNODC associates drugs with the Taliban by pointing to the fact that most poppy cultivation takes places in regions where the Taliban are concentrated. Maps show "poppy-free" provinces in the north and a concentration of cultivation in the southern provinces, linking the Taliban with drugs.

It is true that cultivation is concentrated in the south, but such maps obscure the fact that there is plenty of drug money in the north, a region over which the Afghan government has more control. For instance, Balkh province may be poppy-free, but its center, Mazar-i Sharif, is awash in drug money. Nangarhar was also poppy-free in 2008, although it still remains a province where a large amount of opiates is trafficked.

Some Western officials are now implying that political elites in northern Afghanistan are engaging in successful counternarcotics while the southern drug economy expands. But the fact is that although the commanders who control northern Afghanistan today may have eliminated cultivation, none have moved against trafficking. Most of them continue to profit from it, and some are believed to have become millionaires.


Foreign Policy In Focus contributor Julien Mercille is lecturer at University College Dublin, Ireland. He specializes in U.S. foreign policy and geopolitics. He can be reached at jmercille[at]gmail[dot]com.
Posted by Alex Constantine at 4:17 AM