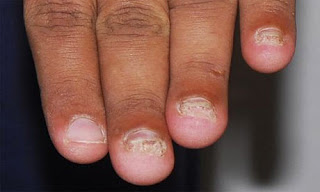 The UK’s secret service (MI5) is being accused of perverting the course of justice by offering a 33 year-old terror suspect inducements to drop a law suite against agents who colluded in his torture.

Rangzieb Ahmed, from Rochdale, says during his detention in Pakistan he had three of his fingernails ripped out by the Directorate for Inter-Services Intelligence (ISI) officers after MI5 and Greater Manchester police representatives forwarded questions to the ISI.

He was later deported to the UK in 2007 and jailed for terrorism offences. Ahmed says he was visited in prison by an MI5 officer and a police officer who offered to secure a reduction in his sentence or a payment of money to withdraw his torture complaints when his appeal against conviction is heard later this year. His lawyer wrote to the Crown Prosecution Service (CPS) to complain that the approach was “grossly inappropriate” and amounted to an attempt to pervert the course of justice.

A CPS spokesman confirmed receipt of the letter. He told The Muslim News, “I can confirm that we have received a letter about Mr Ahmed from his solicitors, we have acknowledged it and will be responding in due course.”

Ahmed, who is challenging his 2008 conviction, will sue the Government for damages. His lawyers will rely to on a judgment made after legal argument that preceded his trial, the details of which are being kept secret at the request of MI5 and Manchester police.

On July 7, Tory MP David Davis accused the Government of outsourcing torture, by allowing Ahmed to leave the country (even though they had evidence against him upon which he was later convicted) to Pakistan, where it is said the ISI was given the go ahead by MI5 to torture Ahmed. Davis also accused the Government of trying to gag Ahmed, “an alleged request to drop his allegations of torture: if he did that, they could get his sentence cut and possibly give him some money. If this request to drop the torture case is true, it is frankly monstrous. It would at the very least be a criminal misuse of the powers and funds under the Government’s Contest strategy, and at worst a conspiracy to pervert the course of justice.” 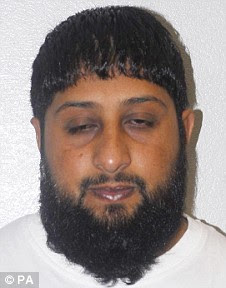 Ahmed claims he received a visit at Manchester prison last April from two men on identified himself as an MI5 agent the other Manchester police officer. “Then they said, ‘If you withdraw what you are saying about torture, we can make a deal with you to reduce your sentence, or if you want to take money we can give you money.’”

Ahmed’s solicitor, Tayab Ali said, “Any attempt to conceal evidence of torture would amount, in this case, to an attempt to pervert the course of justice, and I would expect the courts to take a very serious view of the matter.”

A Home Office spokesman told The Muslim News, “We don’t comment on matters of security. Security Service officers act within the law. The Government unreservedly condemns the use of torture as a matter of fundamental principle and works hard with its international partners to eradicate this abhorrent practice worldwide.”

Ahmed had been under surveillance in Manchester and Dubai before travelling to Pakistan where he was picked up and tortured by the ISI. He was deported to Britain 13 months later and prosecuted on evidence gathered during the surveillance operation. His lawyers argued unsuccessfully that his trial should not proceed because of the torture he had suffered.

The court heard that two British intelligence officers questioned Ahmed while he was in ISI custody, and he says that the signs of the torture he was enduring would have been obvious to them.

The officers would have been operating in line with a government interrogation policy drawn up for MI5 and MI6 officers in the wake of the September 2001 al-Qaida attacks, which permitted them to question people whom they knew were being tortured, and to submit questions to the torturers, as long as they were not seen to condone what was happening.

The existence of the policy remained a secret until earlier this year, when the High Court released a transcript of the cross-examination of an MI5 officer who interrogated Binyam Mohamed, a British resident detained in Pakistan in 2002. The Attorney General has since called in Scotland Yard to investigate possible criminal conduct on the part of that officer and those who managed him.

He has been asked repeatedly what role he played in approving it and whether he was aware that it had led to people being tortured. His spokesman responded by saying that he had never authorised the use of torture.

Cageprisoners Director and former Guantánamo Bay detainee Moazzam Begg told The Muslim News [that] British intelligence services have been “complicit in the mistreatment of terror suspects.”

He added, “All too often, Muslim men are being detained at secret locations, without charge, trial or due process and, are subsequently subjected to very serious torture and abuse. During this period, the intelligence services will nearly always attempt to coerce or bribe the individuals to work for them, or offer them some kind of financial incentive to act as informers. The case of Rangzieb Ahmed is just one of many that highlights the way in which the UK authorities have been involved with arbitrary detention and torture - in Ahmed’s case, of the most horrific kind, after it was revealed that his fingernails had been pulled out.”

Cageprisoners report published earlier this year - Fabricating Terrorism II - highlights 29 cases where British intelligence, namely MI5, has been complicit in such practices and was offering bribes to individuals whilst they were undergoing - or under the threat of - such treatment

http://www.muslimnews.co.uk/paper/index.php?article=4327
Posted by Alex Constantine at 11:03 AM