Are Britain's Security Forces in COLLUSION with Sinn Fein and IRA? 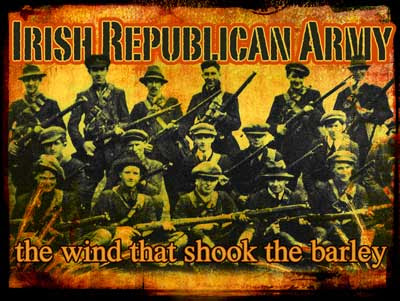 " ... senior [Northern Ireland] republicans had been working as British agents ... "."


The leader, his driver and the driver's handler:
chauffeur revealed as MI5 agent
Guardian
February 9 2008

The Guardian, Saturday February 9 2008 Article history · Contact us MI5 took one of Gerry Adams' personal drivers into protective custody yesterday after the man, Roy McShane, was unmasked as a British agent.

It is understood MI5 advised him to leave his west Belfast home after it emerged that an internal IRA investigation found he had been working for the British for more than a decade.

McShane was part of a pool of drivers for senior republican leaders from the time of the IRA's first ceasefire in 1994. He was one of the Sinn Féin president's drivers during one of the most politically important periods of the Irish peace process, the run-up to the Good Friday Agreement in 1998. ...

A security source said MI5 was so concerned to get the man out quickly that he had to leave behind his wife and family. But Sinn Féin, who said McShane had never been a party member, emphasised he was "not under any threat from republicans".

Republican sources said he was not party to sensitive information and added that there had been a cloud of suspicion over him for some time....

The smaller nationalist party at Stormont, the SDLP, said last night this latest unmasking of another agent underlined the need for a full inquiry into the role of informers operating in organisations such as the IRA. Alex Attwood, the party's assembly member for West Belfast, said: "It will come as no surprise that it has now come out that yet another member of the movement, who drove for leading members of Sinn Féin, was working for the security forces.

"But what we now need to know is how high and how deep in Sinn Féin and other parts of the Provisional movement the penetration by police, army and security services agents went.

Lynch's job was to take McGuinness, now Northern Ireland's deputy first minister, to talks with British and Irish ministers as well as other political parties prior to the Good Friday deal.

After the deal there were further revelations that senior republicans had been working as British agents.

In December 2005 Denis Donaldson, then head of Sinn Féin's administration at Stormont, was forced to confess publicly that for more than two decades he had been working for the British security forces, firstly for RUC special branch and then for MI5.

He was shot dead near Glenties, Co Donegal in April 2006.

McShane was part of a pool of drivers established by the republican movement from the time of the IRA's first ceasefire in 1994. The pool was headed by Adams' confidant the late Terence "Cleeky" Clarke. Among those whom McShane worked with on the car pool was Paul "Chico" Hamilton, once named as the chief of the IRA section which carried out so-called punishment attacks and shootings.

Stakeknife, claimed to be Freddie Scappaticci, was one of the most important British agents working inside the IRA. He was head of IRA counter-intelligence whose job it was to smoke out informers but was in fact a top British spy. Scappaticci has denied he was a spy.

Denis Donaldson Confidant of Gerry Adams who rose up through republicans ranks to run Sinn Féin at Stormont. Accused of deliberately deselecting candidates whose loyalty to Adams was in doubt. As Sinn Féin's international spokesman had links with Hizbullah and the PLO. All the time working for both RUC special branch and MI5.

Sean O'Callaghan Former IRA southern commander who thwarted a number of bombings attacks in Britain for both the Garda Síochána and RUC special branch.

"Kevin Fulton" Former British soldier from south Armagh sent into the IRA by his handlers. "Fulton" has described how he worked for the security forces while helping to upgrade IRA bomb-making technology. He bugged arms dumps, the homes of south Armagh republicans and de-activated weapons.

Martin McGartland aka Agent Carol, a special branch informer working inside the IRA's Belfast brigade. His book Fifty Dead Men Walking has now been made into a film.

http://www.guardian.co.uk/politics/2008/feb/09/uk.northernireland
Posted by Alex Constantine at 10:47 AM