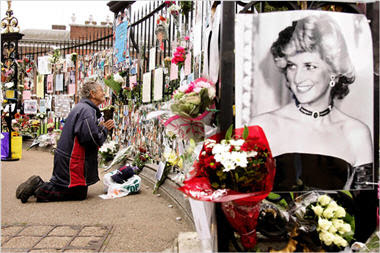 
... the inquest heard a photographer claimed to have been at the crash scene in Paris without being seen. Photographer James Andanson is said to have bragged that he took secret photographs of the accident. Mr Andanson died in mysterious circumstances in May 2000. His death is officially recorded as a suicide.

Mohamed Al Fayed believes Mr Andanson's car was the mystery white Fiat which collided with Diana's Mercedes. Mr Andanson is said to have made the claims to the late French crime writer, Frederic Dard, and the writer's wife, Francoise.

In evidence given by video link, Mrs Dard told the jury that Mr Andanson claimed to have hidden himself away from the rest of the pack of photographers that chased Diana and Dodi Fayed through the streets of Paris. Mrs Dard said Mr Andanson told her and her late husband that he had managed to leave the scene before police arrived and rounded up the other paparazzi.

He claimed to have taken "explosive" photographs of the accident which he kept locked in a secret safe.

Mrs Dard told the court: "I realised it was too simple to be true." 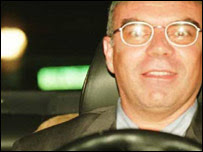 Tests indicating driver Henri Paul was drinking before the crash which killed Princess Diana may have been "cooked", an expert has told her inquest. Princess Diana, Dodi Al Fayed and Mr Paul died in the 1997 Paris crash.

Results from the post-mortem suggested Mr Paul was three times over the French limit.

The most likely explanation is that it isn't Henri Paul's blood

Previously, the inquest jury was told that tests on two samples said to be of Mr Paul's blood, showed alcohol concentration readings of 1.74g and 1.75g per litre. And a vitreous humour - eyeball fluid - sample gave a reading of 1.73g when it was tested by Dr Gilbert Pepin.

Harrods owner Mr Al Fayed believes samples may have been switched at the Paris mortuary to cover up a murder plot orchestrated by intelligence services. Prof Johnston, who examined the results on behalf of Mr Al Fayed, told the court that the closeness of the readings "disturbed" him and other analysts had expressed surprise at such a finding.

The probability of getting three results so close together was one in 10,000, he said.

Coroner Lord Justice Scott Baker interjected: "What are you suggesting, that that suggests to you that the results had been cooked?"

Prof Johnston told him: "That would be my interpretation.

"We have already seen that ... Dr Pepin has used the facilities to alter the results on at least one sample we know, where he has recalculated it to get closer to what he got originally."

The jury has heard that blood samples contained high levels of carboxyhaemoglobin - 20.7% and 12.8% - which suggests exposure to carbon monoxide.

Prof Johnston dismissed suggestions that this was due to an error during measuring.

"The most likely explanation is that it isn't Henri Paul's blood," he said.

Asked whether he thought that staff at the French lab had tampered with results, he replied: "I can't say anything of the sort. I just don't know, this is what the jury have to make up their minds about."

But Mr Paul had a history of drinking and driving, his best friend told the inquest. Claude Garrec said Mr Paul had a "very high" tolerance to alcohol, but was always "under control".

"Sometimes he could drive after having drunk at the party but it was not impacting on the way he drove," Mr Garrec said.

Mr Garrec rejected claims by Mr Al Fayed that Mr Paul been employed by the security services, although he acknowledged that his friend contact with them through his work as acting security chief at the Ritz Hotel in Paris.

The inquest continues.
Posted by Alex Constantine at 10:12 PM