The indictment is here.
•••••••
Miami attorney's indictment may show the difficulty of identifying 'clean' money for legal fees 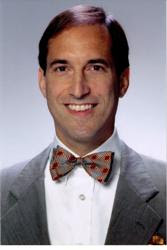 Colleagues call Ben Kuehne a lawyer's lawyer, an attorney whose ethics are beyond reproach. Vice President Al Gore relied on him in his fight to get ballots recounted in the 2000 presidential election.

But the Miami attorney appeared Thursday before a federal magistrate charged with laundering $5.2 million in drug money that was transferred to celebrity lawyer Roy Black to defend Colombian cocaine kingpin Fabio Ochoa. "I am completely innocent of these charges," Kuehne told U.S. Magistrate Judge Stephen Brown. Kuehne wore a blue suit, his trademark bowtie and American flag lapel pin for his court appearance. The defense and prosecutors agreed to a $250,000 bond.

The indictment revives the issue of the legal suitability of money accepted by criminal defense attorneys from clients accused of drug trafficking and money laundering. Medellin kingpin Fabio Ochoa faced charges of plotting to smuggle 30 tons of powder cocaine per month into the United States from 1997 to 1999. Since it's illegal to accept funds from a criminal enterprise, Black paid Kuehne $197,300 to vet money coming from horse and cattle holdings of the Ochoa family and property offered to cover Black's fees.

Kuehne's investigation played out in an elaborate procedure prior to Ochoa's trial in front of U.S. District Judge K. Michael Moore in 2003. The attorney produced six opinion letters concluding funds transferred to Black for Ochoa's defense were legitimate, the six-count indictment said. But prosecutors charge almost $1 million tracked to Black ran through five federal undercover operations that intercepted drug money in Miami, New York and Houston in 2002. Kuehne, Colombian attorney Oscar Saldarriaga Ochoa and Colombian accountant Gloria Florez Velez knew the money was tainted but told the defense team it did not have a criminal taint, prosecutors charged.

"This is a sad day for the Department of Justice," said John Nields, a partner at the Howry law firm in Washington and one of Kuehne's attorneys. "They have indicted one of the finest attorneys in Miami."

Moscowitz filed a five-page motion to expedite the defense's challenge to the laundering charge in advance of a dismissal motion, saying Kuehne's conduct is not covered by the statute.

"This highly improbable charge involves important and unprecedented issues of law, policy and procedure," Moscowitz wrote. The indictment was brought by Assistant U.S. Attorneys John Seller and Thomas Pinder of the Justice Department's asset forfeiture and money laundering section in Washington. The case went to Washington because the U.S. Attorney's office in Miami had a conflict as Ochoa's prosecutor. Magistrate Brown's courtroom overflowed with attorneys who support Kuehne. They included CNN legal commentator Jayne Weintraub and criminal defense attorney Frank Quintero Jr., who won a hard-fought acquittal on drug-smuggling conspiracy and laundering charges. Others waited outside because the courtroom was too small for everyone who wanted to attend. Leaving court, Kuehne was upbeat and thanked everyone for their support. "Ben Kuehne has more integrity than any lawyer I know," Weintraub said. The prosecution is "an indictment on the legal profession."

Other lawyers angrily denounced the charges."It's now official: It's a crime to be a criminal defense attorney," Miami criminal defense attorney Milton Hirsch said. Referring to Kuehne's courtly, buttoned-down demeanor, he said, "They picked a guy who sleeps with wing-tipped shoes on and indicted him for going above and beyond to make sure legal fees paid to a different lawyer are clean."

Jon May of May & Cohen in Fort Lauderdale, Fla., distributed a statement saying the case represents the first time charges have been brought against a lawyer who offered advice about compensation.

"To target an adversary like Ben Kuehne, who is held in such high regard by the community and whose integrity is unquestioned, sends a message that any lawyer is at risk," the statement said.

Kuehne represented Gore in Palm Beach County, Fla., where the infamous butterfly ballot forced a recount and numerous other politicians.

He also represented Miami Mayor Joe Carollo in a successful challenge to a strong-mayor referendum in 2000. He teamed with former U.S. Attorney Kendall Coffey in a 2006 challenge to a Sarasota congressional election and successfully challenged the outcome of the City of Miami's mayoral election won by Xavier Suarez. Kuehne, who served as a federal prosecutor and an assistant attorney general in Florida, was recognized by the People for the American Way in 2006 with one of its Spirit of Liberty Awards as "a lawyer's lawyer," which prosecutors allege became his literal downfall. In the field of civil liberties, he challenged a policy prohibiting voter registration after citizenship ceremonies and litigated applications of the federal wet-foot, dry-foot policy for refugees intercepted at sea. Much of his high-profile work has been pro bono.

Miami attorney Jeffrey Weiner, a former president of the National Association of Criminal Defense Lawyers, said he didn't believe the indictment was political. Weiner knows Sellers and said he is "above playing politics with anyone, especially and including a lawyer."

Coral Gables, Fla., attorney Joel Hirschhorn, who made national news in 1989 when he decided to stop taking drug defendants, said the indictment is "sad and peculiar in many respects. The defense bar is certainly concerned."

"I am assuming they have somebody giving information in a certain light that allows the government to charge a lawyer who was just doing his job," Miami criminal defense attorney Roy Kahn said. Others said they believed it improbable that Kuehne would sacrifice his reputation for a $200,000 side job.

Quintero said the task of identifying legal fees as crime-free money is daunting.

"I can ask as many questions as I want, look at as many documents. That in itself is not going to say the money is legit," he said. But the indictment comes with a lifelong stain. "Even if he wins, he loses. You are always going to carry that taint because of that accusation."

Kuehne was indicted last October when he was added to the 2005 laundering indictment of Salarriaga, who sat through Ochoa's trial at the defense table, and Flores. The Daily Business Review reported in January 2006 that Kuehne was under investigation.

While the indictment was under wraps, Kuehne closed out his longtime Miami law partnership with Jon Sale and resigned from The Florida Bar's board of governors. The indictment alleges the defendants prepared false and fraudulent spreadsheets, receipts, letters and others documents to buttress Kuehne's opinion letters to the Ochoa defense team that the money was clean.

Black's firm, Black Srebnick Kornspan & Stumpf, issued a statement backing up Kuehne's work on Ochoa's behalf. "During the course of Ben's work on this matter, the lawyers involved in the Ochoa defense saw nothing to suggest that Ben was doing anything other than his typically careful, factual research and legal analysis," the statement said. "They still stand behind Ben's work in this regard today." Federal magistrates have vetted legal retainers for years at hearings to check the source of funds and ensure attorneys aren't accepting crime proceeds to defend clients.

The Justice Department has cracked down over time by digging deeper into the source of funds, primarily in drug cases.

In Kuehne's case, prosecutors focused on 57 wire transfers to a trust account controlled by Kuehne.

Kuehne attributed 23 of the wire transfers worth a total of $2.3 million to Miami flower merchant Hernando Saravia and two companies he owned.

In reality, $1.8 million from that pool of funds consisted of drug profits routed through federal undercover operations in New York and Miami, the indictment said.

A letter purportedly from Saravia was forged, and most of the statements in it were false, according to the indictment. The two businesses attributed to Saravia were operated by undercover agents.