Arson in California: Tips Coming In On Martin Fire 'Person Of Interest' 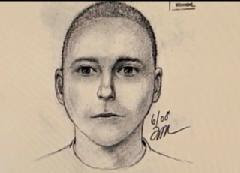 FELTON, Calif. -- Cal Fire officials said Monday they have received several calls after they released a sketch of a 'person of interest' in the Martin Fire that charred more than 500 acres, destroyed 10 structures and forced 1,500 residents to evacuate.

Cal Fire spokesman Bill Peters said his agency was seeking the public's help in tracking down the man. "We're really threadbare on information," Peters said. "That's why we need help trying to get him identified by the public."

The man was described as white, between 18 and 22 years old and about 5 feet 8 inches to 5 feet 11 inches tall with a thin build and sandy-colored hair, according to Cal Fire. A composite sketch of the man was released Saturday afternoon. Fire officials could not comment on why the man may have information about the fire. Anyone who may recognize the man is asked to call the Cal Fire Arson Hotline at (800) 468-4408. Callers may remain anonymous. ...