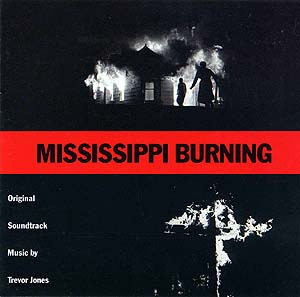 A former Ku Klux Klan member convicted in the killings of three Mississippi civil rights workers in the 1960s must be freed because the FBI used a Mafia enforcer to torture a key witness for information, his lawyers say.

Edgar Ray Killen, 84, was convicted in 2005 of ordering the Klan killings of the trio 41 years earlier, a crime that was dramatised in the film Mississippi Burning. His lawyers have appealed against his life sentence for triple manslaughter, citing new evidence that the FBI used Gregory Scarpa - known as The Grim Reaper - to put pressure on Klan members to reveal where the bodies had been hidden.

The lawyers also say that his conviction was tainted by the fact that a defence lawyer in a previous trial over the killings in 1967 was an FBI informant who had been providing prosecutors with information about the defence case.

The court transcript from 1967 - in which Killen was acquitted on civil rights charges - was allowed to be used in the later trial because many of the witnesses had since died. Rob Ratliff, Killen's lawyer, said the evidence included crucial information from a Klan member who revealed where the bodies had been buried. It was now clear that the informant had been kidnapped by Scarpa and an FBI helper, and subjected to "typical Mafia-type behaviour", he said.

The "behaviour" may have included a severe beating but certainly included death threats to his family and having a gun barrel inserted into his mouth, he added. Killen's lawyers argue that his rights to a full and fair trial, and the right to confront witnesses against him, have been violated.

If the 1967 trial had known that the location of the bodies had been discovered unlawfully, it would not have been allowed as evidence, said Mr Ratliff.

The FBI has always declined to comment on whether Scarpa was involved in the case. Scarpa was a senior member of the Colombo crime family and an FBI informant for three decades. Killen's lawyers officially requested on Thursday that the FBI hand over its files relating to Scarpa and to the defence lawyer, who was named as Clayton Lewis. Lewis, the former mayor of Philadelphia, is also now dead.

Scarpa's involvement in the investigation had long been rumoured but was confirmed last year by a New York judge who had seen his FBI file while trying an unrelated murder case involving the mobster's former FBI handler.

The judge said: "That a thug like Scarpa would be employed by the federal government to beat witnesses and threaten them at gunpoint to obtain information regarding the deaths of civil rights workers in the south in the early 1960s is a shocking demonstration of the government's unacceptable willingness to employ criminality to fight crime."

Linda Schiro, Scarpa's former girlfriend, said a few months ago that she had accompanied him to Mississippi in 1964. She said she believed he had been brought in because J Edgar Hoover, the FBI chief, was under heavy pressure to get results in the case. She told ABC's Eyewitness News: "When we we walked into the hotel, I saw a bunch of guys and I saw Greg wink, and he says, 'Those are FBI agents'." "We went up to the room, knock on the door, an agent came in and handed him a gun."

Mississippi Burning alluded to the FBI's use of nefarious tactics, introducing a black FBI agent who is brought in to rough up witnesses when conventional methods fail.

http://www.telegraph.co.uk/news/worldnews/northamerica/usa/2458844/FBI-'used-Mafia-enforcer'-to-find-bodies-in-Mississippi-Burning-case.html
Posted by Alex Constantine at 11:44 AM