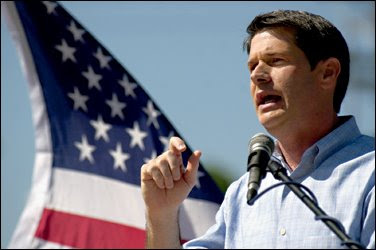 Correction: A story in Thursday’s editions gave an incorrect figure for the amount U.S. Sen. David Vitter, R-La., is seeking in reimbursement from his campaign funds for legal fees he incurred for his involvement in the case of a Washington woman convicted of running a prostitution ring.

The Advocate regrets the error.

WASHINGTON — U.S. Sen. David Vitter will ask the Federal Election Commission today whether he can use campaign funds to pay for the $137,177 in legal fees he incurred from his involvement in the case of a woman convicted of running a high-priced Washington prostitution ring.

The Louisiana Republican acknowledged in July 2007 that his phone number appeared on the client list of the woman dubbed “the D.C. Madam.” Deborah Jeane Palfrey was convicted in federal court in April of money laundering, mail fraud and conspiracy.

In a letter to the FEC, an attorney for Vitter says his client incurred the legal expenses in monitoring the Palfrey trial and quashing the subpoenas issued to him.

Vitter also had to hire attorneys to defend himself to the Senate Ethics Committee because of a complaint filed by the government watchdog group Citizens For Responsibility and Ethics in Washington. The complaint was dismissed by the committee, which noted that Vitter was not charged with a crime and the incidents occurred when he was a House member.

The legal fees also cover the advice Vitter received on how to manage the case and address it publicly, wrote his attorney, Jan Witold Baran.

“The Senator’s involvement in the Palfrey matter was predicated solely on his status as a United States Senator,” Baran wrote. “Other individuals whose phone numbers appeared in Ms. Palfrey’s records who did not have a public profile like the Senator’s were not dragged into the legal proceedings and did not incur the related legal fees.”

Vitter has paid $70,000 of the legal fees personally and is asking that the money be re-imbursed through the campaign funds, the letter says.

FEC officials could not be reached late Wednesday afternoon for comment. Through his spokesman, Vitter declined to comment on the letter. The latest FEC campaign contributions report for Vitter, filed March 31, shows he has $1.6 million in his campaign coffers.

Baran, in the letter, says Vitter had been monitoring the Palfrey case three months before the senator acknowledged what he called a “serious sin” in his past. A review of the Palfrey records shows Vitter’s number on the list five times between 1999 and 2001 when he was in the House.

Vitter was subpoenaed in the Palfrey trial by her attorneys, but was never called to testify. He was also subpoenaed in a pretrial hearing that was cancelled. Palfrey committed suicide in May, two weeks after her conviction. She faced four to six years in federal prison.

In his request to the FEC, Vitter points to the case of former U.S. Sen. Bob Kerrey of Nebraska, whom the commission allowed to use campaign funds for expenses incurred after he left office. Those fees were in connection to press reports about Kerrey’s conduct in the military during the Vietnam War.

“The press coverage (of Kerrey) was stimulated by virtue of his position as a U.S. Senator even though the underlying conduct predated any candidacy or his duties as a Senator,” the Vitter letter says.