A Note on Lee Harvey Oswald Impersonators and Doubles: A CIA Attempt to Frame the Soviets for the Murder of John Kennedy 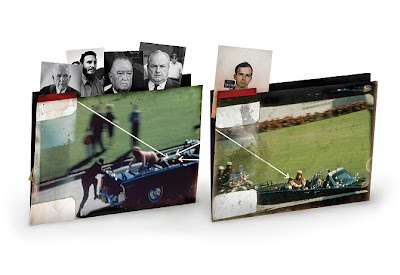 My previous two posts concerned cover stories for the murder of John Kennedy. To illustrate the complex, military-style planning of the assassination, the advance positioning of decoys and false trails - leading to universal confusion over an assassination carried out in broad daylight, in a public square - this, found at history-matters.com, written by Rex Bradford, is another example of CIA strategies to frame others - principally enemies of American fascism - for the Dallas atrocity:

J.E. Hoover: "The CIA advised that on October 1, 1963, an extremely sensitive source had reported that an individual identified himself as Lee Oswald, who contacted the Soviet Embassy in Mexico City inquiring as to any messages. Special Agents of this Bureau, who have conversed with Oswald in Dallas, Texas, have observed photographs of the individual referred to above, and have listened to a recording of his voice. These special agents are of the opinion that the above-referred-to individual was not Lee Harvey Oswald."

The paragraph shown above comes from an FBI memo sent to both the White House and the Secret Service on November 23, 1963, the day after President Kennedy's assassination. It was a follow-up to a phone call at 10:01 AM, in which Director Hoover informed Lyndon Johnson of the same fact. Lee Harvey Oswald, the alleged assassin of Kennedy held in police custody in Dallas, had been impersonated in phone calls to the Soviet Embassy in Mexio City.

The fact that Oswald was impersonated less than two months prior to the Dallas shooting was obviously important news. What made the revelation even more stunning was that, in one such call, "Oswald" referred to a previous meeting with a Soviet official named Kostikov. Valeriy Kostikov was well-known to the CIA and FBI as a KGB agent operating out of the Embassy under official cover. But, far more ominously, the FBI's "Tumbleweed" informant had previously tipped off the U.S. that Kostikov was a member of the KGB's "Department 13," involved in sabotage and assassinations.

An otherwise inexplicable impersonation episode takes on an entirely new meaning in this light. The calls from the Oswald impersonator made it appear that Oswald was a hired killer, hired by the Soviet Union no less. This was a prescription for World War III. ...