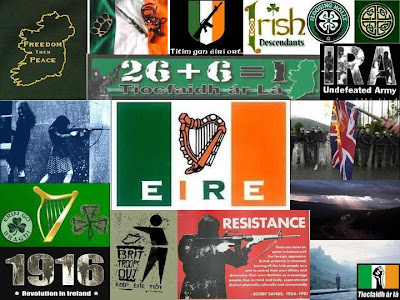 MI5 HAS rebuilt the life of a "killer spy" who was the British Army's highest- ranking double agent at the heart of the IRA, and a man implicated in dozens of murders.

Freddie Scappaticci was exposed by the Sunday Herald in May 2003 as the infamous double agent codenamed Stakeknife. The Sunday Herald has now uncovered how Scappaticci has made millions in a taxpayer-funded resettlement package which was put in place after his cover was blown.

As well as the huge financial deal, Scappaticci has also been given a new home, a new job, a new identity and a new face, thanks to plastic surgery. It is thought he is the only spy who operated in Ireland to be given facial surgery as part of a resettlement deal.

Scappaticci was an informer for the army's Force Research Unit (FRU), a shadowy wing of military intelligence, which used terrorists on both sides of the divide in Northern Ireland as proxy assassins. The FRU allowed paramilitaries, who they were running as agents, to carry out bombings and shootings in order to preserve their cover and keep passing high grade information to their army handlers.

A FRU officer who ran Stakeknife as an agent told the Sunday Herald that Scappaticci had been allowed to take part in murders in order to maintain his cover as a high-ranking IRA officer. In total, the FRU handler said, the running of Stakeknife may have cost up to 40 lives.

Both human rights groups and former British Army intelligence officers who took part in the fight against terrorism in Ulster, but have since rejected many of the tactics used by the military, say Scappaticci should be interviewed by the police as a failure to do so undermines British justice.

To underscore just how valued Scappaticci is by British intelligence, the Sunday Herald was threatened with a court gagging order when MI5 was alerted that the paper planned to tell readers about Scappaticci's new life.

Following previous threats of being gagged by the government over earlier investigations into the so-called "Dirty War" in Ulster, the Sunday Herald has an agreement with the D Notice Committee to brief the intelligence services about articles the paper may run which could identify agents of the state. The committee can legally prevent newspapers from publishing material deemed contrary to national security.

The Sunday Herald alerted the committee that we planned to publish an investigation into why the British government was protecting a man accused of involvement in serious offences, and why Scappaticci has still not been interrogated by police despite the accusations against him being public record for more than five years.

The committee's secretary, Air Vice-Marshall Andrew Vallance, was also made aware that the paper had certain details about Scappaticci's new life. As a result, government solicitors said they would take out an interim interdict against the newspaper "restraining publication" of information they want to remain secret.

MI5 said that "if any such story containing details of Scappaticci's whereabouts or photographs of him was ever published it would pose a direct and very grave threat to Scappaticci's life and possibly also to the lives of others". Vallance added: "The Security Service ... clearly see this quite literally as a matter of life and death."

Although the government still refuses to confirm or deny that Scappaticci was a double agent, one very senior government source referred to Scappaticci as an "obnoxious character", adding that he "had his appearance changed recently".

The paper made clear to the Security Services that we had no intention of publishing any information that would put Scappaticci's life at risk.

Jane Winter, the director of the human rights organisation British Irish Human Rights Watch, said: "This case is one of many that has left many very serious questions unanswered.

"We have a number of clients ... with both interests in this case and others who want answers but are hitting a brick wall. One of the problems of the aftermath of the conflict is that no-one wants to tell the truth about what went on.

"How can all sides of the community be expected to walk into a brave new post-conflict world while the answer to these questions are still outstanding?"

A former FRU officer said: "Freddie has been given a new face as he needs personal security. The state has no desire to ever allow Freddie to be put in the position where he has to explain himself.

"You have to remember that he will never have a normal life. The state does owe him this protection as he acted on behalf of the state and under the direction of the military for 25 years as a public executioner."

The FRU officer estimated that Scappaticci was now a "millionaire many times over". As well as bringing in an estimated £80,000 a year while working as a spy, his resettlement package would have been worth a small fortune.

In addition, the FRU source said he believed there was little real will by the government to go down the path of seeking truth and reconciliation in Ulster because of what skeletons it would bring out of the cupboard.

"The British state will not allow him to be interviewed by anyone as it would implicate the state. Can you imagine the financial consequences of up to 40 widows suing the state? It's never going to be allowed to happen.

"Freddie Scappaticci will never be subjected to the courts, but if he is he shouldn't be there alone," the FRU source said.

http://www.sundayherald.com/news/heraldnews/display.var.2392785.0.how_the_british_security_forces_are_helping_a_killer_spy_to_rebuild_his_life.php
Posted by Alex Constantine at 9:52 AM