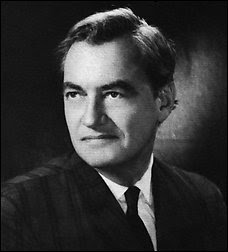 Mr. Dulles, a professor of Latin American studies at the University of Texas at Austin for 45 years and the author of books on Brazil and Mexico, was preparing for the fall semester until he became ill June 12. His wife of 68 years, Eleanor Ritter Dulles, died four days before her husband.

"He was a real character," said Tom Staley, director of the Harry Ransom Humanities Research Center at the University of Texas at Austin. "We referred to him as 'Cactus Jack,' because he wrote these books about Brazil and Mexico. His students loved him."

John Watson Foster Dulles was born in Auburn, N.Y., and received a bachelor's degree in philosophy from Princeton University in 1935. He received a master's degree in business administration from Harvard University in 1937 and then joined the Bank of New York, where his father, long before he became President Dwight D. Eisenhower's secretary of state, was a director.

Banking was a bit tame for the young Mr. Dulles, so he went to work for a New York import-export business, C. Tennant Sons & Co. The company sent him to Nogales, Ariz., to work in a company mine.

He and his new wife, the daughter of a prominent Philadelphia architect, liked frontier Arizona, far from their Northeastern establishment families. In addition to his father, for whom the airport is named, Mr. Dulles's great-grandfather and a great-uncle also were secretaries of state. His uncle, Allen Dulles, would become head of the CIA, and his aunt, Eleanor Lansing Dulles, was a State Department official known as "the mother of Berlin" for her role in the city's recovery after World War II. His brother, Avery Robert Dulles, would become the first American priest to be elevated to cardinal without having been a bishop. ...

Living in San Antonio, where his wife enjoyed the company of Monterrey expatriates, he made the 180-mile round trip to Austin three times a week. Since the university forbade him to smoke his omnipresent pipe in campus buildings, he worked out of an office on the 27th floor of an off-campus high-rise. Students met with him in a warren of rooms suffused with the pungent odor of pipe smoke and stuffed with books, papers and memorabilia collected over nine decades.

Survivors, in addition to his son, of Denver, include three other children, Edith Lawlis Dulles of Dallas, Ellen Dulles-Coelho of San Antonio and R. Avery Dulles of Austin; his brother, Cardinal Dulles, of New York; nine grandchildren; and six great-grandchildren.