Stark Co. plane crash: Who was Michael Connell?
WKYC.COM
(A video supplements this story at the WKYC site) 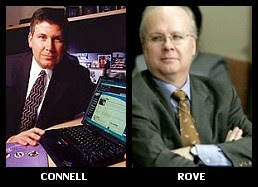 Michael Connell was killed when the Piper Supercub he was piloting crashed three miles short of an Akron-Canton Airport runway. He leaves behind a wife and four children.

Connell, 45, of Bath Township, is considered to be one of the Republican Party's top computer experts. He led the companies that designed websites for the GOP and a virtual who's-who list of republican political leaders including President George W. Bush, Senator John McCain, as well as national organizations. Connell developed a host of federal government software and data management systems. Connell is also said to be a close confidant of the Bush family.

Earlier this year Connell was subpoenaed to testify in an Ohio federal court regarding voter fraud just days before the November presidential election. His alleged intimate knowledge of White House and Capitol Hill email systems has been a hot topic of conversation for Washington insiders regarding the Karl Rove/White House email scandal.

Connell founded New Media Communications, based in Cleveland, is the CEO of GovTech Solutions, based in Akron, and is associated with several other successful IT, marketing and advertising enterprises. His companies have won numerous awards for the development of political websites, marketing campaigns, and use of technology. New Media Communications placed third on the prestigious Weatherhead 100, a list compiled by Case Western Reserve University's Weatherhead School of Management that recognizes Northeast Ohio's fastest growing companies.

I don't usually reveal sources, but I think this is incredibly important. Michael Connell died in a plane crash last night. He was a key witness in the Ohio election fraud case that I have been reporting on. More importantly, however, he had information that he was ready to share.

You see, Mike Connell set-up the alternate email and communications system for the White House. He was responsible for creating the system that hosted the infamous GWB43.com accounts that Karl Rove and others used. When asked by Congress to provide these emails, the White House said that they were destroyed. But in reality, what Connell is alleged to have done is move these files to other servers after having allegedly scrubbed the files from all "known" Karl Rove accounts.

In addition, I have reason to believe that the alternate accounts were used to communicate with US Attorneys involved in political prosecutions, like that of Don Siegelman. This is what I have been working on to prove for over a year. In fact, it was through following the Siegelman-Rove trail that I found evidence leading to Connell. That is how I became aware of him. Mike was getting ready to talk. He was frightened.

He has flown his private plane for years without incident. I know he was going to DC last night, but I don't know why. He apparently ran out of gas, something I find hard to believe. (See Update 3 below). I am not saying that this was a hit nor am I resigned to this being simply an accident either. I am no expert on aviation and cannot provide an opinion on the matter. What I am saying, however, is that given the context, this event needs to be examined carefully. If you want to understand the context more broadly, I suggest you read this article I did a while back about the break-ins and arson cases that Siegelman and others have experienced. 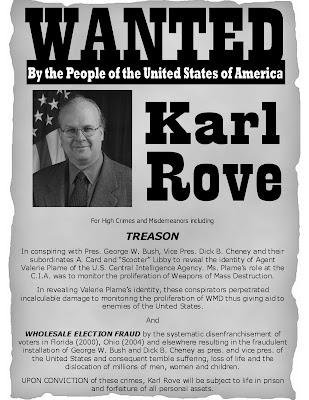 Just to be very clear and state again, I am not claiming conspiracy theory or direct relation to Karl Rove or the White House in any of these events. What I am saying, however, is that these possible relationships cannot and should not be overlooked by investigators. There are far too many serious and reasonable questions that must be answered for the public.

I have been to Mr. Connell's home. Mr. Connell has confided that he was being threatened, something that his attorneys also told the judge in the Ohio election fraud case. When I met with Heather, his wife, I did so carefully because of the threats he was getting.

I left a note for her in her mailbox and asked her to meet me in a local park near their home. Heather came and through our conversation I got the sense that these were not bad people or corrupt people. The Connell's really believed that what they were involved in served God's plan. Regardless of of what any of us think about their religious views or allegations relating to Connell's involvement in various things, I do think these were good people who got caught up in something bigger than themselves. My heart goes out to Heather and the children.

Okay children - because that is what I am going to call adults who willfully mis-read information. I will say this AGAIN (as I have twice in the above entry and also used bold case so that no one would miss the caveat), I am NOT - I repeat NOT - saying this was a). a murder, b). that it was in any way connected to the White House or to Karl Rove, and c). that I am convinced of any of the above three.

On the contrary, I have said - AND AM NOTING AGAIN - that I don't know what happened. I am NOT an aviation expert. What I am saying - AGAIN - is that the context is important and must be considered. Investigators must conduct their work transparently on this case as to address the many serious and reasonable (not remotely CT-based questions) relating to this crash and the person who died. The public has a right to know and investigators must address these questions by conducting a very open investigation of the crash.

The facts are not all in yet and so I have no answers for you - AS I HAVE ALREADY NOTED. But I felt it important to share the context, obligated even to share it. Now if you folks (you know who you are) want to read this as me rolling myself in tin-foil, then that is your choice. Obviously that is not my hope, but I cannot help the lunacy that people want to engage in.

Here are the reading materials in case you have not followed any of this closely. These are articles I have done over spanning over a year of investigative work: 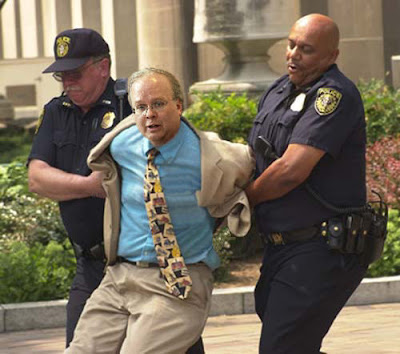 Okay, so I have some additional information from an airport source. Here is what I have learned:

1. Connell may not have run out of gas, but may have hit an ice patch. The initial call I got described him running out of gas. That is no longer what is said to have happened.

2. The problem with that is - as I just learned - his plane was "equipped to deal with ice on all key surfaces," like wings for example. Remember, I am not an expert on aviation or even mildly informed on different types of planes. So I will add to this when I get more information relating to the actual plane and its abilities, specs, etc.

3. He took off from a small airport called College Park.

4. He was aware of the ice conditions, and remained grounded at that airport for two hours until he felt comfortable to fly (again, from an airport source).

That is the latest. I will keep you posted - hopefully when I learn something new.

WASHINGTON, Dec 20, 2008 /PRNewswire-USNewswire via COMTEX/ -- Michael Connell, the Bush IT expert who has been directly implicated in the rigging of George Bush's 2000 and 2004 elections, was killed last night when his single engine plane crashed three miles short of the Akron airport.

Velvet Revolution ("VR"), a non-profit that has been investigating Mr. Connell's activities for the past two years, can now reveal that a person close to Mr. Connell has recently been discussing with a VR investigator how he can tell all about his work for George Bush. Mr. Connell told a close associate that he was afraid that George Bush and Dick Cheney would "throw [him] under the bus."

A tipster close to the McCain campaign disclosed to VR in July that Mr. Connell's life was in jeopardy and that Karl Rove had threatened him and his wife, Heather. VR's attorney, Cliff Arnebeck, notified the United States Attorney General , Ohio law enforcement and the federal court about these threats and insisted that Mr. Connell be placed in protective custody. VR also told a close associate of Mr. Connell's not to fly his plane because of another tip that the plane could be sabotaged. Mr. Connell, a very experienced pilot, has had to abandon at least two flights in the past two months because of suspicious problems with his plane. On December 18, 2008, Mr. Connell flew to a small airport outside of Washington DC to meet some people. It was on his return flight the next day that he crashed.

On October 31, Mr. Connell appeared before a federal judge in Ohio after being subpoenaed in a federal lawsuit investigating the rigging of the 2004 election under the direction of Karl Rove. The judge ordered Mr. Connell to testify under oath at a deposition on November 3rd, the day before the presidential election. Velvet Revolution received confidential information that the White House was extremely concerned about Mr. Connell talking about his illegal work for the White House and two Bush/Cheney 04 attorneys were dispatched to represent him.

Mr. Connell handled all of John McCain's computer work in the recent presidential campaign. VR has received direct evidence that the McCain campaign kept abreast of the legal developments against Mr. Connell by reading the VR dedicated website, www.rovecybergate.com.

VR demands that the Ohio Attorney General and the United States Justice Department conduct a complete investigation into the activities of Mr. Connell and determine whether there was any foul play in his death. VR demands that federal law enforcement officials place the following people under protective custody pending this investigation. Heather Connell who is the owner of GovTech Solutions, Randy Cole, the former President of GovTech Solutions, and Jeff Averbeck, the CEO of SmartTech in Chattanooga, Tennessee. Both GovTech and SmartTech have been implicated in the rigging of the 2000 and 2004 elections and the White House email scandal. Our prior request to have Mr. Connell protected went unheeded and now he is dead.

One has to hope that this was a tragic accident. But of course that's kind of like hoping Obama is really a free-thinking, free-willed man of the people and not a Mind Controlled puppet.
Will it ever end? Will Bushco ever be held accountable? Dont any of the crime families in politics love us?
Thanks as always Alex.

I too, hope this is a terrible tragedy, but it scares the heck out of me to think it may not be. As one that has experienced the ruthless behavior of "Racketeering Enterprise" activity I have to think the latter. I have posted an idea on www.change.org and sent info to www.change.gov hoping to convince the "New Justice Department" to reevaluate all previous qui.tam. notices and follow up on the failure of Justice to investigate them at all.