Kate Coe over at MediaBistro.com thought the disappearance of a young boy in Iowa was amusing, and had a good laugh over it in her widely respected column. Ms. Coe is a writer who misreported the "suicides" of Duncan and Blake and giggled for weeks over their deaths in her MB column (she found their deaths side-splittingly funny because they were "paranoid" of real stalkers).

One of MediaBistro's witty, fashionable right-wing subscribers should send this along to Kate Coe and ask her how funny she finds this story. She may want to write another ingenious article, y'know - smearing the murdered child in a smarmy tone for the L.A. Weekly - and get paid for it, rack up some prestige, to boot! She also finds me amusing, but I haven't gotten close enough to ask her why - the smell ... and I have this aversion to secretly CIA-sponsored social vampires with pedophile network connections ... 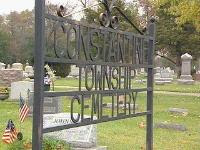 Police are asking for help in finding any suspects in the death of an eleven year old Michigan girl.

On Thursday Jodi Parrack's body was found in a cemetery in Constantine, MI.

Police say so far they have received more than 150 tips but are looking for more help as they try to narrow down what happened to Parrack when she disappeared.

She was last seen at a friend’s house on Thursday around 4:45.

When she did not come home family members started searching for her. They found her body and the bicycle she was riding at the Constantine Township Cemetery late Thursday night.

Police hope someone in the community will see something suspicious and call it in. At least thirty police officers from several agencies including the FBI are working together on the investigation.

Authorities are not saying how Parrack died but they have said it was not from natural causes. Police are asking people in Constantine to keep an eye out for a light colored van or dark colored pick-up truck that may seem suspicious.

As a concerened parent, in Sunday's paper it listed that there has been incidents in Cassopolis, mi and when asking the Cassopolis school representives no one wants to speek out. No letters have been sent home to parents about any information that could help them with their children walking home safely. Last year there was an attempt on a child walking home from school and no-one was ever notified due to "no-one was hurt!!!" I'm very dissappointed in the Cassopolis system on communication. I hope and pray for all safety with all children and hope and pray that everyone can comunnicate and work together to help one another for these innocent children.
Posted by Alex Constantine at 10:56 AM