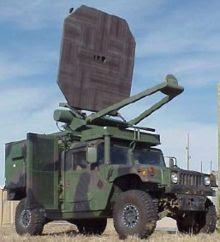 Last fall, Nathan and I agreed to be guinea pigs in a demonstration of the Pentagon's controversial "pain ray," a directed energy weapon that creates an intense burning sensation designed to repel a potential enemy.

We were told that the so-called Active Denial System, tested thousands of times, was all-but-harmless. But a newly-obtained accident report shows that just six months prior to our test, the weapon's operators were dangerously undertrained -- exposing test subjects, as one official puts it, "to unconscionable risks."

Not that anyone told us about those hazards when we volunteered in the second of two events that the Joint Nonlethal Weapons Directorate held for reporters to demonstrate -- on the reporters -- the safety and effectiveness of this newfangled weapon. All we had to do was sign a "release of liability" and a "general talent release" that "grants the U.S. Government the right to "use my name... in any matter and for any purpose whatsoever; and to do the same perpetually."

The Active Denial System, or ADS, is a less-lethal weapon that uses directed energy -- millimeter waves -- to heat up the top layer of skin. It is specifically designed not to cause any injuries, such as burns. There have been several incidents of blistering, however, and the most serious accident took place last April, when the Air Force revealed that an airman taking part in a test of ADS had been injured severely enough to be treated at a burn center. Few details were made available about the incident.

Of course, we did know about that accident, but the officials at Quantico that day assured us that the system had been tested thousands of time with no ill effects, and we were promised that details on that accident would be forthcoming soon -- just not until after we had been zapped. We also didn't know at the time -- even though the Air Force had by that point fully investigated the accident and issued a mishap report -- that the accident was the result of missing safety equipment and a near farcical lack of operator training.

You wouldn't, however, know these facts based on a heavily redacted version of the accident report, released to DANGER ROOM shortly after that press day. That version of the report did reveal that the accident took place after the weapon accidentally flipped to full power, giving a much-too-strong dose to the unlucky volunteers. What was missing was why this happened. While the Air Force, in its letter to me, claimed that release of the full report would have a "stifling" effect on open discussion, the deletions were so broad and arbitrary that it rendered the entire report almost incomprehensible.

Now, DANGER ROOM has finally obtained a copy of the full report, which fills in crucial details about what happened. The unredacted report, available here, shows how a series of operator mistakes, compounded by missing safety equipment, led to to the accident. But don't blame the operators: it appears the accident took place because personnel operating the weapon didn't have proper training. This, in turn, led to a number of missteps, and ultimately, overexposure.

Crucially, the report states, the "ADS Crew did not realize that the ADS, when it came back to 'stand-by' mode, had defaulted to the previous setting of 100% power and allowed at least a 4 second trigger pull." A casual, or secondary, factor was related to hardware: specifically, there was no working built-in range finder during the test, which could have helped prevent over-exposure.

Two people who reviewed the unredacted report for DANGER ROOM said the accident raises some basic questions about the weapon. Built-in range finders "have been basic features of high tech line-of-sight weapons and sensors for decades" and typically will prevent operators from using systems in an unsafe fashion, says one Pentagon official familiar with weapon's development. "Yet those critical safety features, that were integrated into the HMMWV [Humvee] ADS System 1, were removed by the AFRL [Air Force Research Lab] prior to testing, exposing the test subjects to unconscionable risks."

But there were also a number of other factors that led to the accident, including the somewhat astounding fact that "[a]ll ADS personnel were unaware that heat exposure is a product of range, distance and power," the report states [ed.- the report, per later references, was clearly referring to duration, not distance; "distance" is likely a typo]. Philip Coyle, the Pentagon's former top technology tester and now a senior adviser at the Center for Defense Information, expressed astonishment at that statement. "It is obvious the operators didn't know what they were doing," says Coyle. "If they don't understand the basic operation of the system, or how to use it effectively in the field, that's an issue."

Why did the Air Force withhold these details when it released the report? Coyle says he didn't see anything in the unredacted report that would warrant being withheld. He notes that the military will often rightfully withhold details on the specific nature of injuries or manner of death. "That's not the case here," he says.

It's important to note that the accident involved the earlier version of ADS -- System 1 -- and that as a less-lethal weapon, ADS still has a good track record in testing. But given how staged the tests are, the report lends legitimacy to questions about what could go wrong in the field. "The ADS capability was and remains the poster child capability advertised by the DoD Joint Non-Lethal Weapons Directorate and its overarching Program," the Pentagon official familiar with Active Denial System told DANGER ROOM. "Yet, 6-8 years since the HMMWV ADS configuration was dreamt up in the lab it still remains a non-operational experiment that lacks even the most basic safety essentials."

The Air Force Research Laboratory referred all questions on the accident report to the Joint Nonlethal Weapons Directorate. Nancy Koreen with the Joint Non-Lethal Weapons Directorate’s Public Affairs office declined to answer any questions on the accident but offered the following statement: "The Active Denial System 2 has incorporated many safety features based on the operating experiences of the System 1 which incorporates the recommendations of all assessments to include the report on the 4 April 2007 weapons mishap. These safety features include hardware and software updates as well as updated operator training."

In a sense, the Air Force's and Joint Nonlethal Weapons Directorate's decision to withhold details on the accident is troubling, but not surprising. The secrecy surrounding the Active Denial System goes back to its days as a classified weapon, and has only stoked images of science fiction-sounding death beams. One study, released in Germany, notes that the weapon "has a potential to produce permanent injury or death." In the meantime, although deployment of the Active Denial System has been mired in bureaucracy, Defense Department officials are again promising that"System 2" is heading to Iraq.

As a one time guinea pig, the question that comes to mind is whether I would have allowed myself -- and a loved one -- to be tested on had I known the full details of the April 2007 accident. The simple answer is: perhaps, but only if I had received assurances that there was now a working range-finder and that the operators understood that heat exposure was a product of range, duration, and power. By not releasing the report, the Air Force and the Joint Nonlethal Weapons Directorate deprived volunteers of making informed decisions about their participation. But, at least we were volunteers.

If the Active Denial System ends up in Iraq, it will face more scrutiny than any previous less-lethal weapon, which is why transparency is so crucial. That the Defense Department chose not to disclose the details of weapon's most serious accident prior to merrily parading a group of volunteers in front of the weapon as part of a taped publicity stunt -- and still declines to comment on that accident -- says everything about what is wrong with these plans.