" ... the decision casts a 'very long, very deep shadow over the constitutionality of faith-based state programs elsewhere,' including an initiative by President Bush to support an expansion of such programs. ... " 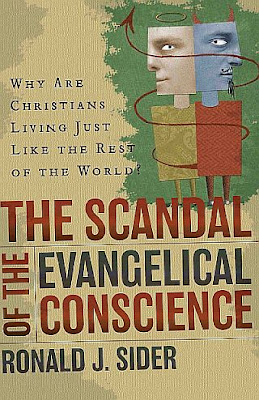 Spending taxpayer money on a faith-based treatment program in which Iowa prisoners immerse themselves in evangelical Christianity is unconstitutional, a federal appeals court ruled today.

The 8th U.S. Circuit Court of Appeals, in a 28-page decision, concluded that the program at the Newton Correctional Facility has advanced religious indoctrination at government expense.

However, the appeals court rejected a lower-court order that would have required the faith-based treatment group to repay about $1.5 million to $1.7 million in program expenses to the Iowa Department of Corrections.

The lawsuit was brought by Americans United for Separation of Church and State on behalf of inmates, their families and Iowa taxpayers.

The treatment program, known as the InnerChange Freedom Initiative, has operated since October 1999 at the Newton prison under the sponsorship of Prison Fellowship Ministries. A total of 104 inmates currently participate in the program, spending 24 hours a day, seven days a week in work, counseling and prayer.

The program is now operating under a state agreement with Virginia-based Prison Fellowship in which expenses are covered by donations. However, the contract states that if the appeals court upheld a ruling by the district court, Iowa prison officials could shut down the program immediately.

Robert Brammer, a spokesman for Iowa attorney general Tom Miller, whose staff defended Iowa prison officials in the lawsuit, said today he had no immediate comment on either the appeals court ruling or whether the Newton program will be shut down.

The Rev. Barry Lynn, executive director of Americans United, praised the decision, saying it “very clearly limits government promotion of religion in public institutions, including prisons.” He contended the program should now be shut down.

"I don't think this is entirely about money, and I don't think you can run this program if you continue to give support, or continue to give discretion, to the operation of the program to the InnerChange group," Lynn said. He said it is "very clear" the court was concerned about "turning over treatment and discipline of inmates to a religious group."

Lynn added that the decision casts a “very long, very deep shadow over the constitutionality of faith-based state programs elsewhere, " including an initiative by President Bush to support an expansion of such programs.

Former Virginia Attorney General Mark Earley, who is president of Prison Fellowship, said he was generally pleased about the appeals court decision. "Number one, there is nothing in this ruling that applies to the way this program is run today since it is totally privately funded, so we are encouraged that we can continue to provide this service, assuming that the state of Iowa wishes us to continue it," he said.

Prison Fellowship has contended the program is voluntary and it has secular benefits of improving inmate behavior, reducing the return of convicts to prison, and protecting public safety. Similar programs are operated solely by donations at prisons in Texas, Kansas, Minnesota, Arkansas and Missouri

Americans United contended during a district court trial in Des Moines that inmates in the Newton program were given better treatment and privileges that were not available to other inmates, including better housing and faster access to classes required for parole. The plaintiffs also claimed that InnerChange staff members were frequently hostile to other faiths, including Catholicism.

The court record showed that non-Christians were frequently referred to as “unsaved”, “lost” and “pagan” and “sinful” by the InnerChange staff.

Mario Hayslett of Des Moines served a prison term for selling drugs and credits the InnerChange program at Newton for helping him to stay out of prison for the past six years. He said it would be a "grave mistake" to shut down the program.

"The program works. It absolutely does. I was taught some great values," said Hayslett, who is now executive director of Hansen House of Hospitality, a Des Moines facility that helps ex-offenders.