Pope Declares War on Satanism with an Exorcist in Every Parish 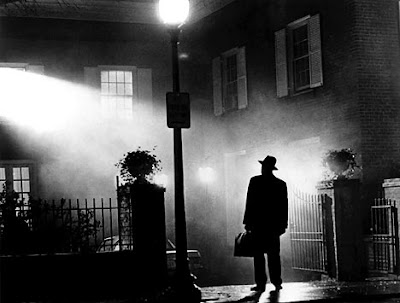 Satanism on the rise: Pope Benedict has unveiled plans to set up specialist exorcism squads

Pope Benedict XVI plans to tackle the rise of Satanism by setting up specialist exorcism squads, it has emerged.

The Vatican recognised website, focuses entirely on Pope Benedict, has the backing of senior cardinals and has more than 500,000 hits a day.

Church chiefs are concerned at the growing rise in Satanism and the occult and have also introduced courses for priests to fight what it calls the most extreme form of "Godlessness."

According to the plans being considered, each Bishop in his diocese would have a specially trained number of priests trained to fight the occult and demonic possession.

In his interview Father Amorth said: "Thanks be to God that we have a Pope who has decided to fight the Devil head on.

"Now Bishops are to be obliged to have a number of established exorcists for their diocese.

"Too many Bishops are not taking this seriously and are not delegating their priests in the fight against the Devil - you have to hunt high and low for a proper trained exorcist.

"Thankfully Pope Benedict XVI believes in the existence and danger of evil - from the time he was in charge of the Congregation for the Doctrine of the Faith."

The Congregation for the Doctrine of the Faith is the oldest Vatican department and deals with matters of faith and promoting Catholicism.

It was headed by Pope Benedict when he was Cardinal Ratzinger between 1982 until he became leader of the Catholic Church in 2005.

Father Amorth said that during his time at the department Pope Benedict had not lost the chance to warn humanity of the risks it faces from the Devil.

He added: "I also remember a particularly emotional meeting we exorcists had with the Holy Father last year in which he implored us to dutifully follow our mission as exorcists.

"That expression of support was a powerful injection of faith for all of us."

Father Amorth also explained that since Pope Benedict XVI wanted to resume the prayer said to St Michael the Archangel, believed to be the prime protector against evil.

He said: "This is another very good idea  it is useful not only for priests but for lay people and helps fight demons.

"For example if a lay person knows someone who is possessed and there is no exorcist available they can intervene by saying this prayer, commanding the demon to leave that person.

"Christ himself once said:'In my name cast out demons.' So all of us in the name of Christ can cast out the Devil."

The prayer to St Michael the Archangel was abolished in the 1960's by Pope John XXIII during the Second Vatican Council and was traditionally recited at the end of Mass.

Father Paolo Scarafoni, another exorcism expert, who lectures on the Vatican's course, said interest in Satanism and the occult had grown as people lost faith with the Church.

He added: "People suffer and think that turning to the Devil can help solve their problems.

"We are being bombarded by requests for exorcisms."

The Vatican is particularly concerned that young people are being exposed to the influence of Satanic sects through the media, rock music and the internet.

Three signs that experts look out for are an ability to speak in tongues, the presence of superhuman strength and an awareness of hidden or distant objects.

In theory, under the Catholic Church's Canon Law 1172 all priests can perform exorcisms but, in reality, only a select few are assigned the task.

Under the law priests who are given the power must have "piety, knowledge, prudence, and integrity of life."

The rite of exorcism involves a series of gestures and prayers to invoke the power of God and stop the 'demon' influencing its possessed victim.

Today night no-one at the Vatican was available for comment.