Colorado Church Shootings - Before the Gun Smoke Cleared, Moving from Victimhood to Fascism 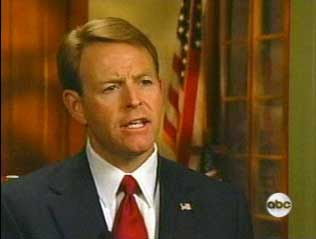 " ... The elevation of Americanism to the divine has lowered the opposition, for whatever reason they oppose whatever issue, to the level of demons. ... "

Before the gun smoke cleared: moving from victimhood to fascism
by Thurman Hart
http://blog.nj.com/njv_thurman_hart/2007/12/even_before_the_gun_smoke.html
December 11, 2007 5:49PM

Even before the gun smoke had cleared this week, Tony Perkins was busy spinning the news of a gunman mounting two separate attacks against religious establishments in Colorado. The attack, he claimed, was the result of "the secular media" and the "hostility that is being fomented" against Christians in America. The truth, as we now know, is that it had nothing to do with the media, secular or not. It was a the result of a grudge held by a pathetically sick mind that wanted revenge against the people who had slighted him.

Perkins has made a career of such faux victimhood. In fact, he has elevated his nincompoopery beyond even the fake "War on Christmas" regularly pushed by a certain cable news network whose stock-in-trade is fake news.

As a person of faith, Perkins' brand of public victimhood never fails to offend me. That he would look upon this tragedy for the opportunity to push his own agenda, and to do it at this time of year, only adds to that feeling.

... There is simply no reason to blame the actions of a single deranged boy on any media, secular or otherwise. There was not a single shred of evidence upon which Perkins could base such a statement. It was devised within a mind only marginally less hateful than the one that picked up a gun and drove to church.

Perkins is not alone is carving a political identity out of such victimhood. Almost every group identified on the religious right in this country has done so (though certainly not the people - not all of them). I would hardly be the first to note that the religious right has taken on the virulent anti-communist nationalism from the McCarthy era as it moved to blend the Bible and the Constitution. The elevation of Americanism to the divine has lowered the opposition, for whatever reason they oppose whatever issue, to the level of demons. No evidence is needed to condemn Satan for his actions; it is self-evident. So the actions of a lone gunman in Colorado must be caused by the liberal (a synonym for "secular" on the right) media.

The left, I will freely admit, is not immune to this over-reliance on victimization. There are aspects of victimhood that are psychologically appealing. Victims are allowed to hate. Victims are allowed to denounce their victimizers in any terms they choose. Victims are not bound by the margins of reality, fact, or conscience. Such a stance lends itself to easy political rhetoric and demogoguery. It is the political equivalent of cheap heroin.

And just as drug addiction leads a junkie to the prostitution of their body and soul, the addiction to political victimization leads two honorable beliefs - the religious belief of Christ as the redeemer of mankind and the political belief in individual liberty - into an ideological cul-de-sac from which it emerges totally transformed into almost the prototypical political movement envisioned by Sinclair Lewis when he said, "When fascism comes to America, it will come wrapped in the flag and carrying a cross." I'm not talking about fascism as a throw-off political criticism here, but rather the textbook definition of fascism as a political movement.

In The Anatomy of Fascism, Robert O. Paxton describes the components of fascism:

...a sense of overwhelming crisis beyond reach of traditional solutions; 2. belief one's group is the victim, justifying any action without legal or moral limits; 3. need for authority by a natural leader above the law, relying on the superiority of his instincts; 4. right of the chosen people to dominate others without legal or moral restraint; 5. fear of foreign `contamination."

Each of these characteristics is a vibrant part of the message pushed by the Religious Right, and especially by Tony Perkins. Don't believe me?
What is the sudden uprising of immigration if not a reaction against contamination? It's hard to say otherwise when common sense compromises have been rejected as being too soft - nothing less than deportation can be accepted. What is the endorsement of torture if not the right to dominate others without restraint? What is the blind support of President Bush, who operates on his "gut level", if not a need for a natural leader with superior instincts? Doesn't the "War on Christmas" scream "overwhelming crisis" (can a war not be a crisis)? And Tony Perkins kneejerk condemnation of "secular media" for the a literal attack on a congregation stands only a scant fingernail's breadth from justifying action without restraint in defense of "the chosen people". ...

It is a short step from a political identity built on a permanent sense of victimhood to the basis of fascism. But it is no larger of a step for a group invested in that victimhood than it is for a young boy invested in the identity of a missionary to step into the boots of a cold-blooded executioner.
••••••••••
Tony Perkins Believes "American pacifists... are on the side of future mass murderers of Americans"

From Tony Perkins' daily newsletter at the Family Research Council:

A better journalist wrote this in The Washington Post: "If Americans do not fight, the terrorists will attack America again. And we now know such attacks can kill many thousands of Americans. The American pacifists, therefore, are on the side of future mass murderers of Americans. They are objectively pro terrorist. There is no way out of this reasoning. No honest person can pretend that the groups that attacked America will, if let alone, not attack again. Nor can any honest person say that this attack is not at least as likely to kill thousands upon thousands of innocent people. Not to fight in this instance is to let the attackers live to attack and murder again; to be a pacifist in this instance is to accept and, in practice, support this outcome." Those are the words of Michael Kelly, prize-winning author, editor, and columnist. He died on the road to Baghdad in 2003. Let's honor his memory, by heeding his warning.
Posted by Alex Constantine at 5:49 AM