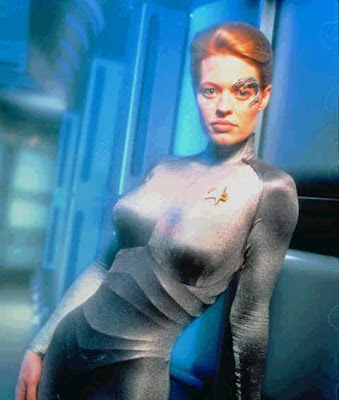 In 1948 Norbert Weiner published a book, Cybernetics, defined as a neurological communication and control theory already in use in small circles at that time.  Yoneji Masuda, "Father of the Information Society," stated his concern in 1980 that our liberty is threatened Orwellian-style by cybernetic technology totally unknown to most people.  This technology links the brains of people via implanted microchips to satellites controlled by ground-based supercomputers.

The first brain implants were surgically inserted in 1974 in the state of Ohio, USA and also in Stockholm, Sweden.  Brain electrodes were inserted into the skulls of babies in 1946 without the knowledge of their parents. In the 1950s and 60s, electrical implants were inserted into the brains of animals and humans, especially in the U.S., during research into behavior modification, and brain and body functioning. Mind control (MC) methods were used in attempts to change human behavior and attitudes. Influencing brain functions became an important goal of military and intelligence services.

Thirty years ago brain implants showed up in X-rays the size of one centimeter. Subsequent implants shrunk to the size of a grain of rice. They were made of silicon, later still of gallium arsenide. Today they are small enough to be inserted into the neck or back, and also intravenously in different parts of the body during surgical operations, with or without the consent of the subject.  It is now almost impossible to detect or remove them.

It is technically possible for every newborn to be injected with a microchip, which could then function to identify the person for the rest of his or her life. Such plans are secretly being discussed in the U.S. without any public airing of the privacy issues involved.  In Sweden, Prime Minister Olof Palme gave permission in 1973 to implant prisoners, and Data Inspection's ex-Director General Jan Freese revealed that nursing-home patients were implanted in the mid-1980s. The technology is revealed in the 1972:47 Swedish state report, Statens Officiella Utradninger (SOU).

Implanted human beings can be followed anywhere. Their brain functions can be remotely monitored by supercomputers and even altered through the changing of frequencies. Guinea pigs in secret experiments have included prisoners, soldiers, mental patients, handicapped children, deaf and blind people, homosexuals, single women, the elderly, school children, and any group of people considered "marginal" by the elite experimenters.  The published experiences of prisoners in Utah State Prison, for example, are shocking to the conscience.

Today's microchips operate by means of low-frequency radio waves that target them.  With the help of satellites, the implanted person can be tracked anywhere on the globe.  Such a technique was among a number tested in the Iraq war, according to Dr. Carl Sanders, who invented the intelligence-manned interface (IMI) biotic, which is injected into people.  (Earlier during the Vietnam War, soldiers were injected with the Rambo chip, designed to increase adrenaline flow into the bloodstream.)  The 20-billion-bit/second supercomputers at the U.S. National Security Agency (NSA) could now "see and hear" what soldiers experience in the battlefield with a remote monitoring system (RMS).

When a 5-micromillimeter microchip (the diameter of a strand of hair is 50 micromillimeters) is placed into optical nerve of the eye, it draws neuroimpulses from the brain that embody the experiences, smells, sights, and voice of the implanted person.  Once transferred and stored in a computer, these neuroimpulses can be projected back to the person’s brain via the microchip to be reexperienced.  Using a RMS, a land-based computer operator can send electromagnetic messages (encoded as signals) to the nervous system, affecting the target's performance.  With RMS, healthy persons can be induced to see hallucinations and to hear voices in their heads.

Every thought, reaction, hearing, and visual observation causes a certain neurological potential, spikes, and patterns in the brain and its electromagnetic fields, which can now be decoded into thoughts, pictures, and voices.  Electromagnetic stimulation can therefore change a person's brainwaves and affect muscular activity, causing painful muscular cramps experienced as torture.

The NSA's electronic surveillance system can simultaneously follow and handle millions of people.  Each of us has a unique bioelectrical resonance frequency in the brain, just as we have unique fingerprints.  With electromagnetic frequency (EMF) brain stimulation fully coded, pulsating electromagnetic signals can be sent to the brain, causing the desired voice and visual effects to be experienced by the target.  This is a form of electronic warfare.  U.S. astronauts were implanted before they were sent into space so their thoughts could be followed and all their emotions could be registered 24 hours a day.

The Washington Post reported in May 1995 that Prince William of Great Britain was implanted at the age of 12.  Thus, if he were ever kidnapped, a radio wave with a specific frequency could be targeted to his microchip.  The chip’s signal would be routed through a satellite to the computer screen of police headquarters, where the Prince’s movements could be followed.  He could actually be located anywhere on the globe.

The mass media has not reported that an implanted person's privacy vanishes for the rest of his or her life.  S/he can be manipulated in many ways.  Using different frequencies, the secret controller of this equipment can even change a person's emotional life.  S/he can be made aggressive or lethargic.  Sexuality can be artificially influenced.  Thought signals and subconscious thinking can be read, dreams affected and even induced, all without the knowledge or consent of the implanted person.

A perfect cyber-soldier can thus be created.  This secret technology has been used by military forces in certain NATO countries since the 1980s without civilian and academic populations having heard anything about it.  Thus, little information about such invasive mind-control systems is available in professional and academic journals.

The NSA's Signals Intelligence group can remotely monitor information from human brains by decoding the evoked potentials (3.50HZ, 5 milliwatt) emitted by the brain.  Prisoner experimentees in both Gothenburg, Sweden and Vienna, Austria have been found to have evident brain lesions.  Diminished blood circulation and lack of oxygen in the right temporal frontal lobes result where brain implants are usually operative.  A Finnish experimentee experienced brain atrophy and intermittent attacks of unconsciousness due to lack of oxygen.

Mind control techniques can be used for political purposes.  The goal of mind controllers today is to induce the targeted persons or groups to act against his or her own convictions and best interests.  Zombified individuals can even be programmed to murder and remember nothing of their crime afterward.  Alarming examples of this phenomenon can be found in the U.S.

This “silent war” is being conducted against unknowing civilians and soldiers by military and intelligence agencies.  Since 1980, electronic stimulation of the brain (ESB) has been secretly used to control people targeted without their knowledge or consent.  All international human rights agreements forbid nonconsensual manipulation of human beings — even in prisons, not to speak of civilian populations.

Under an initiative of U.S. Senator John Glenn, discussions commenced in January 1997 about the dangers of radiating civilian populations.  Targeting people’s brain functions with electromagnetic fields and beams (from helicopters and airplanes, satellites, from parked vans, neighboring houses, telephone poles, electrical appliances, mobile phones, TV, radio, etc.) is part of the radiation problem that should be addressed in democratically elected government bodies.

In addition to electronic MC, chemical methods have also been developed.  Mind-altering drugs and different smelling gasses affecting brain function negatively can be injected into air ducts or water pipes.  Bacteria and viruses have also been tested this way in several countries.

Today's supertechnology, connecting our brain functions via microchips (or even without them, according to the latest technology) to computers via satellites in the U.S. or Israel, poses the gravest threat to humanity.  The latest supercomputers are powerful enough to monitor the whole world’s population.  What will happen when people are tempted by false premises to allow microchips into their bodies?  One lure will be a microchip identity card.  Compulsory legislation has even been secretly proposed in the U.S. to criminalize removal of an ID implant.

Are we ready for the robotization of mankind and the total elimination of privacy, including freedom of thought?  How many of us would want to cede our entire life, including our most secret thoughts, to Big Brother?  Yet the technology exists to create a totalitarian New World Order.  Covert neurological communication systems are in place to counteract independent thinking and to control social and political activity on behalf of self-serving private and military interests.

When our brain functions are already connected to supercomputers by means of radio implants and microchips, it will be too late for protest.  This threat can be defeated only by educating the public, using available literature on biotelemetry and information exchanged at international congresses.

One reason this technology has remained a state secret is the widespread prestige of the psychiatric Diagnostic Statistical Manual IV produced by the U.S. American Psychiatric Association (APA) and printed in 18 languages.  Psychiatrists working for U.S. intelligence agencies no doubt participated in writing and revising this manual.  This psychiatric "bible" covers up the secret development of MC technologies by labeling some of their effects as symptoms of paranoid schizophrenia.

Victims of mind control experimentation are thus routinely diagnosed, knee-jerk fashion, as mentally ill by doctors who learned the DSM “symptom” list in medical school.  Physicians have not been schooled that patients may be telling the truth when they report being targeted against their will or being used as guinea pigs for electronic, chemical and bacteriological forms of psychological warfare.

Time is running out for changing the direction of military medicine, and ensuring the future of human freedom.

This article was originally published in the 36th-year edition of the Finnish-language journal SPEKULA (3rd Quarter, 1999).  SPEKULA (circulation 6500) is a publication of Northern Finland medical students and doctors of Oulu University OLK (Oulun Laaketieteellinen Kilta).  It is mailed to all medical students of Finland and all Northern Finland medical doctors.
Posted by Alex Constantine at 7:22 PM

I was implanted against my will. Where can I go to for the purpose of monitoring me. I do need this evidence. I am from west Germany and if you're interested in my story and could give me advise how to react against the criminals, please contact me.