Senator: Octane Booster Being Made When Plant Exploded 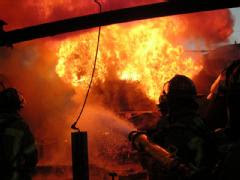 JACKSONVILLE, Fla. -- Investigators charged with finding out what caused Wednesday's explosion and fire that killed four people told U.S. Sen. Bill Nelson that something went wrong while octane booster was being mixed at a Northside chemical plant.

Six federal agencies, led by the U.S. Chemical Safety Board, joined Jacksonville homicide detectives and the state Fire Marshal's Office sifting through what remains of T2 Laboratories, which exploded in a mushroom cloud. ...

Continued
Posted by Alex Constantine at 10:02 AM