Suicide Bombers are Not Unstable 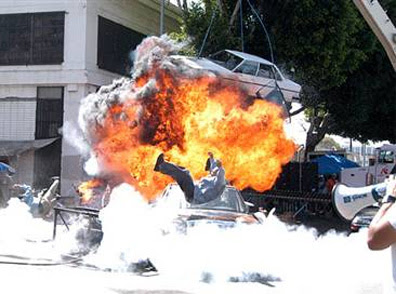 WASHINGTON: A University of Toronto team has conducted a research in order to identify what goes inside the mind of a suicide bomber and what prompts him or her to do so.

The study, led by Robert Brym, a professor in the Department of Sociology at the University of Toronto, examined 138 suicide bombings that took place between 2000 - 2005.

The study involved analysis of related research findings dating back to 1980, interviews with prospective suicide bombers, government reports, reconstructed biographies and an examination of 138 suicide bombings that took place between 2000 and 2005 for which Palestinian interests claimed responsibility.

"Seeing the enemy's point of view increases one's understanding of the minimum conditions that would allow the enemy to put down arms," Brym said.

"An empathetic understanding of the enemy discourages counterproductive actions such as excessive repression and it encourages tactical moves that further one's strategic aims," he said.

From the study, the scientists found that suicide bombers were not psychologically unstable.

Findings showed that the organizers of suicide attacks don't want to jeopardize their missions by recruiting unreliable people.

The analysis also revealed that for such bombers the conflict was mainly about politics, not religion.

Despite its frequent religious trappings, the Israeli-Palestinian conflict is not religiously inspired, and suicide bombing is fundamentally the expression of a territorial dispute.

As for the motivation, the study showed that feelings of anger and humiliation made them what they were.

Brym also found through his analysis that repression often acts as a boomerang.

"Common sense suggests that repression should dampen insurgency but a determined opposition will always be able to design new tactics to surmount new obstacles," Brym said.

The study is published in Contexts .

http://timesofindia.indiatimes.com/Suicide_bombers_are_not_unstable/articleshow/2567048.cms
Posted by Alex Constantine at 10:47 AM