A desperate life for survivors of the Secret War in Laos 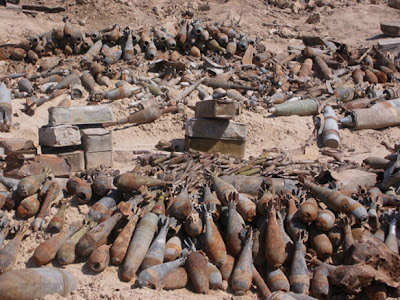 Four decades after the U.S. Central Intelligence Agency hired thousands of jungle warriors to fight communists on the western fringes of the Vietnam War, men who say they are veterans of that covert operation are isolated, hungry and periodically hunted by a Laotian Communist government still mistrustful of the men who sided with America.

"If I surrender, I will be punished," said Xang Yang, a wiry 58-year-old still capable of crawling nimbly through thick bamboo underbrush. "They will never forgive me," he said of the Laotian government. "I cannot live outside the jungle because I am a former American soldier."

In a small hillside clearing here about 15 kilometers, or 9 miles, east of the Mekong River, Yang and four other veterans scratch out a primitive existence with their wives, 50 children and grandchildren. Their camp is a 15-hour walk up and down low-lying mountains and across streams that are knee-deep in the dry season but can become roaring torrents when the weather turns. They are miles from any rice paddies or hamlets but make rare visits, usually at night, to friendly farmers for supplies, traveling with their AK-47s and wearing flip-flops or cheap plastic shoes for lack of better footwear.

Yang says his group has been attacked by government troops twice this year: in September soldiers killed a 5-year-old boy, Mee Xiong, whose grave is in the outskirts of their temporary jungle camp here. And in May a pre-dawn raid killed a woman and her 2-year-old child. The group moves camp every few weeks to avoid attack.

The CIA operation, which ran from 1961 until 1975, became known as the Secret War because, unlike in Vietnam, the fighting was done not by American soldiers but by the CIA's mercenaries, most of whom were from the hill-dwelling Hmong ethnic group.

Today, the number of Hmong veterans and their families who remain in the jungle is somewhere in the hundreds to low thousands, estimates Amy Archibald, a spokeswoman for the U.S. Embassy in Laos.

Clashes with the Lao People's Army, rarely reported internationally because they take place in remote patches of jungle, are the festering legacy of the CIA operation and of the Cold War more generally. Human rights groups describe a mostly one-sided fight between the lightly armed but ragged and woebegone former CIA fighters and the national army eager to dislodge them from their jungle hideouts.

Amnesty International concluded in a report released in March that Laotian troops had been involved in numerous attacks on Secret War veterans and their families across northern Laos in recent years, an assessment shared by U.S. diplomats.

"We find these reports very credible, and we know that there are human rights abuses by security forces," Archibald said. "What we can't tell you is who fired the first bullet."

The annual human rights report of the U.S. State Department, released in March, said there have been increased efforts by security forces to eliminate scattered pockets of Hmong fighters.

Pressure by the Laotian Army, the report said, "was intended to starve the remnants of insurgent families from their jungle dwellings."

The Laotian government, perhaps wary of the effect the conflict might have on the country's thriving tourism industry, denies that any clashes occurred or that any Secret War veterans are still in hiding.

"There are no Hmong CIA in the jungles," said Yong Chanthalangsy, a Foreign Ministry spokesman. "There are no clashes. As you may notice by traveling in our country there is a peaceful atmosphere."

Yang and his group, the foreign ministry spokesman said, are probably just "bandits."

On the run for the past three decades, the five men here have no documents proving they fought in the Secret War. But they can accurately cite the code names of CIA landing strips they guarded and some of the Americans they served with, including a "Mr. Tony," possibly the late Tony Poe, the onetime leader of the CIA's operations here.

Shrapnel is still visibly embedded in some of their bodies, and Jangwang Xiong, 57, has a crippled leg, an injury sustained in 1971, he said, during a clash with forces backed by North Vietnam.

Initially the CIA hired the Hmong to shield Laos from a Communist takeover. Later during the course of the Vietnam War, the Hmong were instructed to interdict convoys of supplies on the Ho Chi Minh Trail, much of which ran through Laos.

Va Chang, a 60-year-old veteran who said he had not seen a foreigner in the 32 years since the war ended, said he was ordered to defend Lima Site 258, one of dozens of mountaintop landing strips that the CIA used to hopscotch around the country with supplies and men.

"If the Americans don't want to do that," he said, "they should drop a big bomb on us and end our misery."

The group is indigent even by the standards of rural Indochina. Their diet consists mainly of wild yams collected from the jungle, bamboo shoots and small rat-like animals. Occasionally they obtain rice from villagers willing to risk secretive association with them.

In torn clothing and surrounded by their half-naked, undernourished children and grandchildren, the five men look older than their years and today bear little resemblance to the young Hmong tribesmen who collectively earned a reputation as capable fighters.

Colin Thompson, a CIA officer in Laos from 1963 to 1966, remembers the Hmong recruits as rugged and loyal.

"There were some extraordinarily brave Hmong," Thompson said from his home in Maryland. "They were a little tougher to beat back than were the other tribal groups. They stood their ground."

Thompson's job included carrying stacks of Laotian currency for the Hmong soldiers' salaries. He is sympathetic to the plight of the remaining fighters but said the U.S. government need not feel obligated to bring them to America.

"It wasn't as if we dragooned them into anything," Thompson said. "Their choice was to defend themselves and we provided the means. We provided the weapons and the courage."

Using battered radios and a single cellphone, the veterans here have followed what to them are the confusing events of recent years: the friendship proclaimed between Vietnam and the United States and the arrest in June of Vang Pao, the former Hmong general who faces charges in U.S. federal court of plotting to attack the Laotian government.

Vang Pao's indictment in California, which followed a federal sting operation in which a government agent posing as an arms dealer offered him weapons, is bewildering to the veterans here. Attacking communists was the very job Vang Pao was paid to do by the CIA during the Secret War.

Yang and his group say they still hope for a democratic Laos but have given up any notion that they could assist in the overthrow of the Communist government.

"Don't think that I am an insurgent," Yang said. "I don't want to destroy Laos."

His hope, he said, is that the U.S. government will "come back to help old soldiers like me to leave Laos and make it to America."

Each of the five veterans in the camp has relatives in the United States, and their fading dream, they say, is to be reunited with them.

Yang occasionally speaks with one of his daughters, Mao, a postal clerk in California, who moved to the United States 27 years ago after spending a year in a refugee camp in Thailand.

"I love my father," Mao Yang said in an interview by telephone from her home in Yuba City in the Sacramento Valley. "He is hungry, and he says he has no clothes."

She recently sent him $1,200 through intermediaries but says her father received only $600.

About 250,000 refugees from Laos moved to the United States in the decades after the 1975 Communist takeover, including about 115,000 ethnic Hmong.

Many Hmong stayed in Laos after the war and live normal lives in cities or as farmers.

Boon Thang Van, a Secret War veteran who is an adviser to a U.S.-based Hmong activist group, the Fact Finding Commission, says 5,060 people - veterans and their families - are still in the jungles, most of them in northern Laos. The group keeps track of them through 12 satellite phones it has distributed. It has complied a list of clashes with government troops and has video showing the bodies of five Hmong children after an alleged attack by government troops in May 2004.

Many Hmong have left the jungles in recent years and fled to Thailand, including 7,800 now in a camp in Phetchabun Province as refugees. Of those, 181 have battlefield-type injuries, according to Médecins Sans Frontières, the international aid group, which provides medical treatment in the camp and which counted the wounded in response to a request.

"It's clear that the wounds are recent and caused by guns," said Gilles Isard, head of the Médecins Sans Frontières mission in Thailand. Isard said many of the people in the camp who claim to be former CIA fighters have photographs of themselves as young soldiers and documents from the 1960s and 1970s that they say confirm their service.

The plight of the Secret War veterans has received little news coverage in recent years, partly because visiting them can be dangerous and arduous.

The recent visit to Yang's jungle hideout was the first to any camp of Secret War veterans by an American newspaper reporter. Other journalists on about five previous occasions have visited Hmong hiding in the jungle and have reported similar impoverished conditions and signs of recent attacks by the military.

Experts who have studied the history of the Hmong say the hardships they have endured in recent decades are consistent with their heritage.

"For as long as it has been recorded, the history of the Hmong has been a marathon series of bloody scrimmages, punctuated by occasional periods of peace," writes Anne Fadiman in "The Spirit Catches You and You Fall Down," about Hmong in the United States. "Over and over again, the Hmong have responded to persecution and to pressures to assimilate by either fighting or migrating."

But this fighting spirit has all but disappeared among Yang and his men. Nou Chue Xiong, 68, one of the five Secret War veterans here who also served briefly with the French Colonial Army, seemed resigned to die in the jungle.

"I guess you will leave here and try to help us," Xiong told his visitor. "But if you can't, don't be sad."