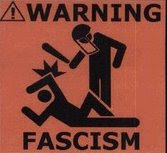 WHY did Gavin Newsom sign off on gay marriages in a critical election year, playing into "conservative" Republican campaign objectives and sending hordes of Southern Republican bigots to the polls? ... Why do Al Gore and John Kerry throw elections ... Why does Nancy Pelosi hold hands with GW? ... 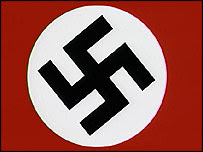 San Francisco Mayor Gavin Newsom's father, Judge William Newsom, was a partner of Otto von Bolschwing's – the SS officer who was recruited to the Gehlen network/CIA and settled in California after the war to mingle conspiratorially with Reagan's Kitchen Cabinet – in TCI, a Silicon Valley computer start-up/military-intelligence front ... 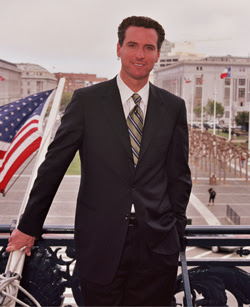 Gordon Getty, fourth son of J. Paul, is Gavin Newsom's financial angel and the current financier of this fascist bund. He is a dedicated Republican ... but peddles contributions to select Democratic candidates.

Wikipedia: "Getty is one of the nation's leading venture capitalists and philanthropists. ... Though a Republican, he is a major fundraiser for local and national Democratic Party candidates, and has contributed to the campaigns of NANCY PELOSI, Willie Brown, Gavin Newsom, and John Kerry."
http://en.wikipedia.org/wiki/Gordon_Getty 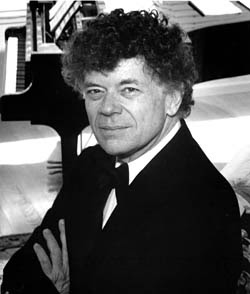 Al Gore also courted Getty, but his golden boy is Gavin Newsom. "When the Chronicle revealed Newsom had failed to report the Getty loans on his home and business on his statements of economic interest, he blamed the City Attorney's Office. (Both City Attorney Dennis Herrera and former city attorney Louise Renne say Newsom's excuse is bogus.)"
http://www.sfbg.com/37/21/news_race.html

And don't even ask about comedian/9/11 activist Ed Asner ...

AROUND THE NATION; Screening of Evidence Sought in Nazi Case
October 5, 1981

(AP) Federal prosecutors have asked a judge to screen for government secrets any evidence submitted by Otto von Bolschwing, 71 years old, who is accused of serving as an adviser to Adolf Eichmann in persecuting Jews.

Rodney Smith, an attorney for the United States Department of Justice, said he made the request Friday to prevent the possible disclosure of classified information by Mr. von Bolschwing.

The Government is attempting to strip Mr. von Bolschwing of his United States citizenship and deport him. He is accused of concealing wartime Nazi affiliations when he applied for citizenship in New York in 1959.

Mr. Von Bolschwing contends that he was an undercover agent for the American Office of Strategic Services and denies ever having served in the SS or Gestapo. ...
••••••••
World Watchers International Tape #520 November 22, 1981

THINGS PICK UP FOR OTTO. FROM SS GESTAPO, HIMMLER, HITLER, TO UNITED STATES.

"Now his national, international contacts were WAY OUT OF PROPORTION WITH HIS JOB"

"BY MID-SIXTIES OTTO VON B. BECAME AN EXECUTIVE WITH CABOT MANUFACTURING"

Missing here the JFK, MLK, RFK assassinations. More to fill in. If he is in charge of Gehlen-Permindex Operation, 1960-1969 were busy years.

BOARD OF TCI, OTTO VON BECOMES PRESIDENT IN 1970

... Bolschwing “had been Eichmann's tutor on Zionism and the politics of Zionism in the mid-1930s and then his ally in persecuting the Jews of Austria.”( Note 2) After the war, Bolschwing served as an asset first for the Gehlen organization, and was then recruited directly by the CIA for work in Austria . Despite his less than stellar achievements as an asset, the CIA rewarded him for his service by helping him obtain entry and citizenship in the United States. In his essay from the IWG-sponsored anthology U.S. Intelligence and the Nazis, University of Virginia Professor and IWG historian Timothy Naftali details Bolschwing's panic after discovering that Eichmann had been captured by the Israelis. Naftali notes that he went so far as to contact one of his former CIA handlers:

The retired U.S. intelligence officer, who had only a superficial knowledge of Bolschwing's actual career in the SS, could not understand his former employee's anxiety-it was inconceivable that the Israelis would try to snatch Bolschwing on U.S. soil-and so he turned to an acquaintance in the CIA's Counterintelligence Staff to learn more about him. Once Bolschwing's former case officer saw the captured German records found in the torpedo factory, he was shaken, saying that neither he nor others had known about Bolschwing's past, and asserting that 'we would not have used him at that time had we known about it.' Some of what this intelligence officer did not remember knowing had been known by others in the CIA from the moment Bolschwing was hired. ( Note 3)
••••••••
http://www.sfgov.org/site/mayor_index.asp?id=22014
Gavin Newsom, 42nd Mayor of the City and County of San Francisco

Brief Profile  Gavin Newsom was elected the 42nd Mayor of the City and County of San Francisco on December 9, 2003. He was sworn into office on January 8, 2004 by his father, the Honorable William Newsom.
http://www.sfgov.org/site/mayor_index.asp?id=22014
••••••••
http://www.thirdworldtraveler.com/Fascism/Brunner_B_CS.html

... Von Bolschwing was deeply involved in intelligence work-and in the persecution of innocent people-for most of his adult life. He had joined the Nazi party at the age of twenty-three, in 1932, and had become an SD (party security service) informer almost immediately. In the years leading up to 1939, von Bolschwing became a leading Nazi intelligence agent in the Middle East, where he worked under cover as an importer in Jerusalem. One of his first brushes with Nazi espionage work, according to captured SS records, was a role in creating a covert agreement between the Nazis and Fieval Polkes, a commander of the militant Zionist organization Haganah, whom von Bolschwing had met through business associates in the Mideast. Under the arrangement the Haganah was permitted to run recruiting and training camps for Jewish youth inside Germany. These young people, as well as certain other Jews driven out of Germany by the Nazis, were encouraged to emigrate to Palestine. Polkes and the Haganah, in return, agreed to provide the SS with intelligence about British affairs in Palestine. Captured German records claim that Polkes believed the increasingly brutal Nazi persecution of the Jews could be turned to Zionist advantage-at least temporarily-by compelling Jewish immigration to Palestine, and that the Haganah commander's sole source of income, moreover, was secret funds from the SS. ...
•••••••
http://www.nizkor.org

T/37(302) Report by von Bolschwing on a meeting in Vienna between Eichmann and representatives of the Reichsbank and Economics Ministry from Berlin concerning the emigration of the Jews from Austria; Berlin, 20.6.38. Submitted during the course of the trial and marked T/149 (BO6-1176, Vol. I, p. 290)
Posted by Alex Constantine at 11:08 AM