Gawker's report on the release of John Forte appears to be a deliberate manipulation of facts, designed to eliminate any question of the rapper's guilt: 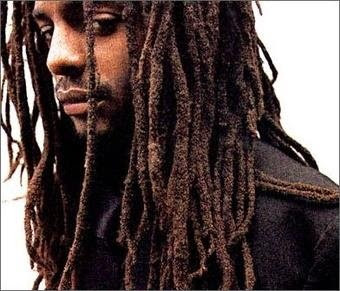 Who said George W. Bush is not a friend to the hip hop community? The president has gone and pardoned John Forte, a rapper (who got briefly famous doing tracks with the Fugees) who's been in prison since 2000 for a cocaine smuggling conviction. $1.4 million in liquid coke through the Newark airport, to be precise. I forgive Bush for the wars and everything now! Forte has always maintained his innocence, but so does everyone else in jail, and you don't see Republican Christian fundamentalist zealot politicians pardoning them. So why did W. set Forte free? It's those private school connections paying off:

[Carly] Simon and Ben Taylor, her son by singer James Taylor, had lobbied the feds to commute Forte's sentence, arguing he was a first-time offender.

Ben Taylor and Forte had become friends at the Phillips Exeter Academy in New Hampshire. Taylor often took him to visit his family, and Forte once worked as a backup singer for Simon.

There you have it: rappers will be considered for pardons as long as they made friends with the children of celebrities while attending pricey private schools. Utah Sen. Orrin Hatch also lobbied Bush to let him go! ...

The Gawker account above is slanted. "Pricey private school" or not, the article skips right over a significant detail: FORTE'S ADVOCATES DO NOT BELIEVE HE RECEIVED A FAIR TRIAL:

" ... Carly Simon and her son Ben Taylor have been advocates on Forte's behalf, believing he did not receive a fair trial, fought for an appeal of the mandatory minimum drug laws that remove a judge’s discretion in a case ... " - http://en.wikipedia.org/wiki/John_Forté

Gawker's spin reduces this down to: "Forte has always maintained his innocence, but so does everyone else in jail. ... "

ACCORDING TO THE ORIGINAL AP RELEASE, BUSH DIDN'T EXACTLY PARDON FORTE. HIS SENTENCE WAS COMMUTED TO TIME SERVED, NOT THE SAME AS A PARDON: