The contract was just handed out to IBM, but it's certain that cognitive computing already exists in the classified sector. DARPA works that way. 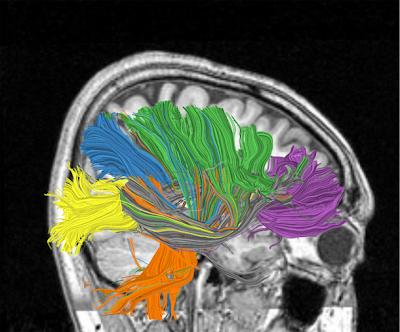 IBM and several university partners have gotten a DARPA grant to work on a cognitive computing project designed to simulate the brain's sensation, action, interaction, perception and cognition abilities. At the same time, the project's leaders will be attempting to recreate the brain's low-power consumption and size.

IBM and five university partners have been awarded a DARPA contract to work on a cognitive computing project that will, essentially, attempt to simulate the brain's power and efficiency.

According to Dharmendra Modha, the manager of IBM's cognitive computing initiative, the idea is for him and his team to try to re-create the brain's perception, cognitive, sensation, interaction, and action abilities, while also simulating its efficient size and low-power consumption.

"The mind has an uncanny ability to integrate information from a variety of sensors, such as sight, hearing, touch, smell and can create categories of time, space and interrelationships effortlessly," said Modha. "There are no computers that can even remotely approach the capabilities of the mind. The mind arises from the wetware of the brain."

But he and his team feel that the time has finally arrived for computer scientists to at least begin to approach the brain's abilities. That's because, he said, of the convergence of three things.

First, neuroscience has made incredible strides forward. Second, supercomputing technology has reached the ability to create massive simulations in real time. And third, nanotechnology has made it possible to imagine creating simulated synapses, the very element of the brain that enables it to work at speeds and efficiencies computer scientists have so far only dreamed of.

"Together, these three trends allow us to uncover the function, computation function of the brain," he said, "while rivaling its remarkably low-power consumption and its small size."

Already, Modha said, scientists have managed to create computing tools that have rivaled the abilities of a rat's brain.

But is it a good thing for science to try to re-create the brain's power?

"The questions are so technically challenging and it is so engaging at this point to begin to put the puzzle together, and the whole part is still not completely visible," Modha said. "I think it is premature to worry about what if."