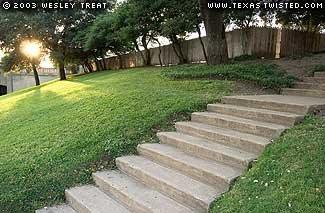 DALLAS - It seems as if the gracious couple has told the story a thousand times - how the crack of an assassin's bullet struck the president just a few feet from where they stood.

Sometimes it's a reporter or author, but often it's a curious citizen who hopes Bill and Gayle Newman can uncover a sliver of evidence to buttress their own theory about the death of John F. Kennedy.

Who wouldn't want to hear from the couple who were so close to the assassination that is arguably the most scrutinized in American history - particularly as the tragic event marks its 45th anniversary on Saturday?

"At the time, we were both 23 years old and we didn't realize the part in history that we played, because we were the closest people to him when that third shot rang out," Gayle Newman said in a recent interview. "Now as we have grown older, we do realize that this is something that will be a part of all of our life."

The Newmans settled into a spot on the lawn at Dealey Plaza - just below the infamous grassy knoll - a few minutes before Kennedy's motorcade glided by on Nov. 22, 1963. Their two young sons, 4-year-old Billy and 2-year-old Clayton, were in tow.

Bill Newman said he had voted for Nixon in the 1960 election but wanted to get a glimpse of the popular president.

"It's not every day the president of the United States comes to your hometown," he said.

The presidential motorcade arrived in Dealey Plaza by turning right on Houston Street, then left on Elm where it passed by the Texas School Book Depository.

As the president's black convertible came into sight, Bill Newman said, he heard what he thought were fireworks.

"I didn't recognize it as a gunshot," he said, clapping his hands twice with a pause to simulate the sounds.

But as the limousine drew closer, Newman said he could see blood on Kennedy and Texas Gov. John Connally, who was in the car with the president.

"Ten, 12 feet in front of us, the third shot rang out, and that's when the side of his head flew off and I could remember seeing" the blood, Bill Newman said. "I turned to Gayle and I said, 'That's it, hit the ground.' "

An iconic picture of the Newmans shielding their two boys is on display the depository building, which has since been converted into a museum.

"It seems like everybody around us was running up the grassy knoll hill," Gayle Newman said. "The police officers had their guns drawn."

Do the couple feel a second gunman fired from the grassy knoll?

"I do tend to want to lean in the direction that it was a conspiracy, meaning more than one person was involved. But so far, no one's ever come forward with concrete evidence," Bill Newman said.

In the 45 years since that day, the Newmans have rarely rebuffed a curious questioner.

"I get calls and letters all the time," Bill Newman said.

But some witnesses to the assassination are not as accommodating as the Newmans and would rather forget the day they saw Kennedy killed.

"The witnesses, for the most part, have very mixed feelings about everything connected to the assassination, beyond the fact, obviously, that a president died in front of them," said Gary Mack, curator of the Sixth Floor Museum at Dealey Plaza, which occupies the same space as the former book depository.

"This subject rarely goes away for most of them," Mack said.

The Warren Commission concluded in 1964 that Lee Harvey Oswald fired three shots at Kennedy's motorcade from the sixth floor of the depository, which overlooked Dealey Plaza. Oswald was arrested as a suspect but was slain two days later by nightclub owner Jack Ruby.