RAND Corporation Lobbies The Pentagon To Start New War To Save U.S. Economy/Denial/RAND Corp. Warns of Military Threat from China 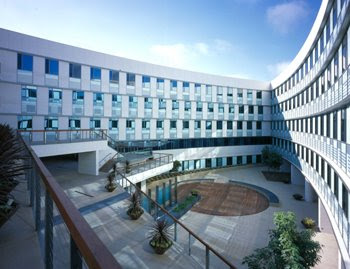 According to reports out of top Chinese mainstream news outlets, the RAND Corporation recently presented a shocking proposal to the Pentagon in which it lobbied for a war to be started with a major foreign power in an attempt to stimulate the American economy and prevent a recession.

A fierce debate has now ensued in China about who that foreign power may be, with China itself as well as Russia and even Japan suspected to be the targets of aggression.

The reports cite French media news sources as having uncovered the proposal, in which RAND suggested that the $700 billion dollars that has been earmarked to bailout Wall Street and failing banks instead be used to finance a new war which would in turn re-invigorate the flagging stock markets.

The RAND Corporation is a notoriously powerful NGO with deep ties to the U.S. military-industrial complex as well as interlocking connections with the Ford, Rockefeller, and Carnegie foundations.

Carlucci was chairman of the Carlyle Group from 1989-2005 and oversaw gargantuan profits the defense contractor made in the aftermath of 9/11 following the invasion of Afghanistan. The Carlyle Group has also received investment money from the Bin Laden family.

Reportedly, the RAND proposal brazenly urged that a new war could be launched to benefit the economy, but stressed that the target country would have to be a major influential power, and not a smaller country on the scale of Afghanistan or Iraq.

The reports have prompted a surge of public debate and tension in China about the possibility that a new global conflict is on the horizon.

China’s biggest media outlet, Sohu, speculated that the target of the new war would probably be China or Russia, but that it could also be Iran or another middle eastern country. Japan was also mentioned as a potential target for the reason that Japan holds the most U.S. debt.

North Korea was considered as a target but ruled out because the scale of such a war would not be large enough for RAND’s requirements.

The reported RAND proposal dovetails with recent comments made by Joe Biden, Colin Powell, Madeleine Albright and others, concerning the “guarantee” that Barack Obama will face a major “international crisis” soon after taking office.

It also arrives following a warning from Michael Bayer, chairman of a key Pentagon advisory panel, who echoed the statement that the next administration will face an international crisis within months of taking office.

One would hope that good people, or at least sane people who don’t wish to start a global nuclear war, will oppose the RAND proposal, such as top the military generals who threatened to quit if Bush ordered an attack on Iran. Admiral William Fallon, the head of US Central Command, quit in March last year as a result of his opposition to Bush administration policy on Iran.

" ... Jeffrey Hiday [former director general of external relations for the Asian Development Bank in Manila], a spokesman for RAND Corporation, told Daily Times when reached for comment that the report carried by this newspaper on Monday, quoting “Chinese news outlets” was a “hoax, at best.” He said,

“Contrary to various online accounts, RAND is not advocating war against China or any nation to advance recovery of the US economy. The notion that RAND has generated such an analysis is simply a rumour, with no foundation in fact. We do not know how those who generated the rumour arrived at their conclusion.' ... ”

A leading U.S. scholar warns South Korea should prepare for Chinese military intervention and occupation of North Korea or possible attacks against the South’s military in the event of a regime collapse in the North. Dr. Bruce Bennett of the defense-oriented RAND Corporation delivered an address at a seminar in Seoul on Tuesday hosted by the South Korean Army at the War Memorial of Korea, where he forecast Chinese occupation of a portion of North Korea or a threat of invasion to South.

The RAND Corporation is a research and development institution created in 1948 by civilian scientists and researchers who had been commissioned by the U.S. Air Force. Bennett is the North Korea expert there.

He said if China decides to intervene after a collapse, its armies will arrive in Pyongyang before South Korean troops get there, and if a battle breaks out, then Chinese forces would have two to three times the quality advantage. Technical assistance from the United States, based on a continued Korea-U.S. alliance would be crucial, he added.

Bennett said the future military of South Korea would require 16 to 24 ready divisions and between 11 to 27 reserve divisions in event of a regime collapse in North Korea to deal with a North Korean military threat, peacekeeping operations and acts of provocation.

The pentagon's evaluation on China's military spending is "seriously inflated", said a Rand research report on the annual report on the military power of China by US Department of Defence, which will be delivered to the Congress soon. The report said that the play-up of "China military threat" theory on purpose should be rectified.

On May 19, the Rand Corporation referred a report to the US Air Force entitled "The Modernization of Chinese National Defence: Opportunities and Challenges", which gave an assessment of the future development of Chinese military power. In this report, many senior Rand experts on China affairs believe that Chinese spending on national defence accounts for about 2.3 to 2.8 percent of its GDP. According to latest data Rand has gained, in 2003, the total military expenses of China were between 31-38 billion US dollars.

The US Congress passed its National Defence Authorization Act in 2000, requiring the Department of Defence to hand in "report on Chinese military power" to the Congress annually with analysis on China's present and future military strategy. In such reports, the Pentagon has more than once viciously exaggerated Chinese military outlay, spreading "China threat theory." In 2004, Pentagon offered a 54-page report with tens of thousands of words, trying its utmost for exaggeration and instigation. The report asserted luridly that China's military expenditure reached between 50-70 billion US dollars.

Later, a Pentagon spokesman preached that the Chinese army is devoting itself to the modernization drive and developing a capacity to win a partial war under high-tech conditions. Accordingly, the Department of Defence will continue to closely monitor Chinese army's modernization process, "especially that involving Taiwan".

What is the Pentagon up to?

Therewith, on the expenses, the US government does not sit down to make an earnest research on the first-hand data, but instead, indulges in guessing, said James Mulvenon, an expert on international issues and one of the authors of the Rand report. So, the Rand has to correct "many estimations from the US government".

Many international observers pointed out that strong political motives and huge economic interests have been driving the Pentagon to recklessly fabricate "China threat" theory.

First, exaggeration of China's military power can not only exacerbate Congress suspicion and hostility against China, but also dredge for benefits for all US military departments in order to obtain a bigger defence budget.

The exaggeration can also enable the US to find a pretext for its opposition to the European Union's lifting of arms embargo on China and for making public opinions in order to enlarge its arms sales to Taiwan.
A long way for developing Chinese military power

The report believes that whether China's economy can maintain a rapid and sustainable growth will be a decisive factor influencing the changes of its defence expenses. As the world second largest economy in many fields, China has enough economic strength to build a modernized powerful army.

Experts from the Rand forecast that, despite the prediction that by 2025, the growth rate will be down to 3 per cent from the present 9 per cent, China will by then still retain an economic scale more than three times the present size.

Meanwhile, Rand experts also pointed out that in the next 20 years, the speed and way of the military power growth will be affected and conditioned by many factors, including the reduced scale of cheap labor force, the sharp reduction of bank savings caused by the use of savings due to the aging population, dwindled exports and the decline of industrial output caused by market saturation, financial frailty with high risks and problems existed in agriculture and rural areas.

To sum up, the Rand report believes that although there is a good momentum for the development of the military power, it will not be a smooth path. It is too early to preach "China military threat" theory, as there is a long way to go with heavy responsibilities ahead for Chinese national defence and the army building.

This article is carried on the Global Times, June 24, and is translated by People's Daily Online