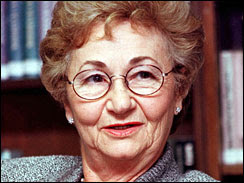 The younger sister of Fidel and Raul Castro has said that she worked with the US Central Intelligence Agency (CIA) against her brothers' rule in Cuba before she went into exile in 1964.

Juanita Castro, 76, told the Spanish-language TV channel Univision-Noticias 23 of her collaboration with the CIA on Sunday, the day before her memoirs were published.

She said the she initially supported Fidel Castro's 1959 revolution that deposed Fulgencio Batista in Cuba.

But she soon became disillusioned by the way her elder brother and his supporters were executing political opponents and embracing communism, she said.

"I began to become disenchanted when I saw so much injustice," Juanita Castro said in an interview with Maria Antonieta Collins, the co-writer of her memoir.

Juanita Castro, who has not had contact with her brothers for more than four decades, said that before her exile to Miami she had worked from her home in Havana to shelter and help those who she said were being persecuted by Fidel Castro's government.

"My situation in Cuba became delicate because of my activity against the regime," she said.

"During three years, from 1961 to 1964, at the risk of her own life, the work of Juanita Castro was to save the lives of her compatriots long before she left for exile in Miami"

She received an invitation from the CIA shortly after the US's failed Bay of Pigs invasion in 1961, asking her to collaborate by collecting information on the Castro leadership, she told Collins.

Collins said that "in this way began a long relationship with the arch-enemy of Fidel Castro, the Central Intelligence Agency."

"During three years, from 1961 to 1964, at the risk of her own life, the work of Juanita Castro was to save the lives of her compatriots long before she left for exile in Miami," Collins said.

Juanita Castro, who ran a pharmacy before retiring in 2006, last spoke to Fidel at her home in Havana in 1963 when their mother, Lina Ruz Gonzalez, died of a heart attack.

She last spoke to Raul in 1964, days before she went into exile, she said.

Fidel Castro, 83, established a one-party communist system in Cuba after the 1959 revolution and ruled the island for nearly half a century.

He handed over the reins to Raul, 78, last year following his ill-health.