A Ludicrous Fantasy about Myself 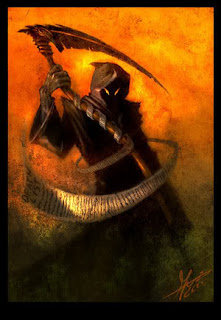 I am sometimes taken to task by (typically illiterate) right-wingers for repulsive fantasies swimming in their fevered little heads. To wit, from "conservative" Zionist Benyamin Solomon's Fox-News-inspired-Swift-Boating-of-liberals-and-Muslims junk site (he once started up an "Anti-Constantine" blog, if you can believe it, that had a single contributor - the follower of an anti-Semitic, occult "channeler of the dead" who claims that Israel was responsible for Black Tuesday and "controls America," factually debunked by myself - who has sought "revenge" on me ever since.):

“Alex Constantine” is on a police watchlist for putting a 9/11 survivor on one of his many “death lists”.

No one takes his theories seriously except the DA’s who frown on personal threats.

Actually, I am not on any watchlist at all, but federal authorities, I've noted at my statistics page, often do drop in to learn about neo-Nazi ne-er-do-wells like my accuser.

"Conservatives" have little politically to say, really, apart from disingenuous expressions of hate. You have to feel a bit sorry for people who feel inclined to spin malicious fantasies and contaminate public perceptions with toxic moonshine.

They appeal to the worst in people.

Fascism is one of the few entries on my non-existent "death list." Stupidity runs a close second, followed by "conservative" Swift Boat campaigns ... My detractor embodies all three, and I wish him a long life (of delusions).

And, for the record, I've never issued a "personal threat" to anyone. If my research is threatening to fascism in general, tough toenails.