Obama's Unrestrained FBI: Is this America? 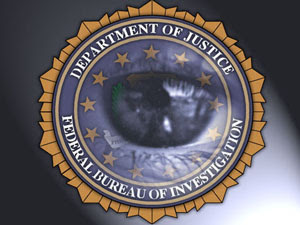 In the last weeks of the Bush-Cheney administration, FBI Director Robert Mueller and then-Attorney General Michael Mukasey rushed into law such unbounded expansions of the FBI's domestic surveillance powers that I was stunned. Years ago, I had often and critically reported on J. Edgar Hoover's ravenous invasions of Americans' personal privacy rights, including mine; but these new FBI guidelines, taking effect last Dec. 1, are unsparingly un-American.

As described by the Electronic Frontier Foundation, an ever-watchful guardian of the Constitution, these Attorney General's Guidelines for Domestic FBI Operations authorize the FBI — without going to a court — "to open investigative 'assessments' of any American without any factual predicate or suspicion. Such 'assessments' allow the use of intrusive techniques to surreptitiously collect information on people suspected of no wrongdoing and no connection with any foreign entity. These inquiries may include the collection of information from online sources and commercial databases."

The press has largely been uninterested in this suspension of the Bill of Rights — but we know a lot about David Letterman.

President Barack Obama has expressed no objections to these radical revisions of the Constitution, a founding document he used to educate students about at the University of Chicago. His attorney general, Eric Holder, said calmly during his Senate confirmation hearing: "The guidelines are necessary because the FBI is changing its mission ... from a pure investigating agency to one that deals with national security."

It was the same Eric Holder who said, while George W. Bush was president: "I never thought that I would see the day when a president would act in direct defiance of federal law by authorizing warrantless NSA (National Security Agency) surveillance of American citizens."

But then-Sen., and now President, Obama approves of the all-seeing NSA — in keeping with his lack of interest in reforming the perilous health of our founding values as they are being systematically infected by the FBI.

It was only on Sept. 29 that we citizen civilians were able to actually, though partially, look inside the 258-page "FBI Domestic Investigations and Operations Guidelines (DIOG)." For months, the Electronic Frontier Foundation had been trying, through the Freedom of Information Act, to find out if we'll have any privacy left. At last, the lurking report came heavily censored.

According to the Associated Press (Oct. 1), Electronic Frontier Foundation attorney David Sobel is "more concerned with what the FBI removed from its guidelines for public consumption than what it disclosed." He added that this heavily "edited version blacked out descriptions of how the FBI pursues investigative 'assessments' of Americans without any evidence of wrongdoing — and how it uses informants in political, civil and religious organizations …"

I ask again: Is this America?

On "Inside the FBI" (www.fbi.gov/inside/archive/inside011609.htm) on Jan. 16, the FBI's leading attorney, General Counsel Valerie Caproni, talks about surveilling college students interning at technology businesses for links to terrorists. "Are they a bunch of English majors and music majors? If so, they're probably not stealing high technology. On the other hand, if they're engineering or computer science people, then you might be more interested in them."

It's "enough to open an investigation," she continued. For example, "if someone comes in (to the FBI) and says 'Charlie seems to be acting really hinky, and he's staying in labs after hours and I saw him taking papers home.'"

This "hinky" student, Charlie, could be a grind, obsessively trying to get to the top of his class. But according to the FBI's Caproni, why not see what his contacts are? What sites does he visit a lot on the Web?