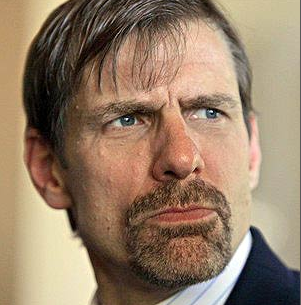 But there was more, according to a claim made in court documents: plans for a "secret and convenient lair" with hidden entries for Nicholas to indulge his "manic obsession with prostitutes" and "addiction to cocaine and Ecstasy."

The filing in Orange County Superior Court added that Nicholas had the interior built in warehouse space nearby, which became his "personal brothel" until his wife caught him having sex with a prostitute there.

The allegations by a construction team, denounced as fabrications by Nicholas' lawyer, echoed others in a recently surfaced lawsuit filed late last year by Kenji Kato, a Nicholas assistant from 1999 to 2006. In his suit, Kato claims that Nicholas and his companies owe him $150,000 in back wages. Filings in the suit allege drug use and debauchery at a Newport Coast home owned by Nicholas, who denies the accusations.

Responding in a lawsuit pending in Orange County Superior Court, Nicholas has alleged that Kato is bound by confidentiality agreements that bar him from disclosing information about the billionaire and his businesses. Kato's allegations are being examined by federal authorities probing Nicholas' role in the manipulation of stock options at Broadcom, according to people with knowledge of the investigation. Through his attorney, Nicholas has denied any wrongdoing.

Nicholas, 47, co-founded Broadcom in 1991 and served as its chief executive until 2003. Broadcom's success made him one of the nation's richest men, and he has given millions to schools, the Orange County Performing Arts Center and other causes.

The alleged plans for the covert underground hideaway, to be connected to Nicholas' Laguna Hills home, were detailed by Roman James of Newport Beach, the lead contractor on the project, and six other contractors, engineers and construction workers who worked on it and filed a lawsuit against Nicholas in 2002.

The construction team accused Nicholas of failing to pay millions of dollars for work performed between April 1998 and April 2002. Nicholas was said to have used "manipulation, lies, intimidation and even death threats" to pressure "nearly every contractor and vendor" on the project to perform extra work without pay "at warp speed."

The allegations were contained in a draft complaint that was prepared but not filed as part of the contractors' lawsuit, which was resolved in a confidential settlement in 2002. The draft complaint, however, was attached in 2005 as a supporting document to a lawsuit against the attorney for James, James R. Traut, by another man who sought a larger share of the 2002 settlement. There was a 2006 judgment in that case, but the outcome was not clear in court documents and attorneys involved in that case could not be reached for comment. Nicholas was not named in that case.

The Times obtained the draft complaint from the Orange County Superior Court file -- and blanket denials of its allegations from the Nicholas camp -- on Tuesday. Nicholas attorney Steven A. Silverstein said Tuesday that "all of the allegations are denied" and charged that the similarity between the Roman and Kato cases was not coincidental.

"Basically, where Kenji got his idea for his extortion came from Roman James," Silverstein said, contending that Kato was familiar with the previous case. James could not be reached Tuesday. His lawyer, Traut, did not return repeated messages left at his Santa Ana office.

In court filings in his lawsuit, Kato said Nicholas made him oversee supplies of cocaine and other drugs, pay prostitutes from a "petty cash" fund and conceal his boss' illicit activities.

Kato's lawyer, Joseph Kar, said his client knew of the James case only because "Dr. Nicholas had mentioned it infrequently." But Kar said he and his client "have not seen that complaint" and were unfamiliar with its allegations. Any similarity in the lawsuits "goes to corroborate the abuse and misbehaving of Mr. Nicholas" detailed in Kato's court papers, Kar said.

Nicholas made no secret of the underground passageways and rooms under his Laguna Hills home, but the filing by James contended the subterranean complex was more elaborate than even Stacey Nicholas was aware of and ultimately cost $30 million over three years.

Nicholas took his wife to Hawaii for a week in August 2000 while work on his secret chamber was being completed, the filing claimed. Stacey Nicholas has since filed for divorce.

"Plaintiffs were promised payment and/or threatened with financial ruin -- whatever it took -- if they failed to complete the task within a week," the draft complaint said, and hundreds of workers began toiling 18 hours a day to excavate and pour concrete.

The noise and presence of armed guards hired to block access to community horse trails near the project prompted neighbors to complain to Laguna Hills authorities, who discovered the work was being performed without a permit and shut it down, "although the room ceiling was covered over so it was not observable from above ground," the contractors said.

In a September 2000 Times story about the dispute, Nicholas said the newest underground structure was "a pump house" to handle water runoff from the horse trails. The draft complaint disputed that account and claimed the new construction was tied to the alleged separate underground facility being built by Nicholas.

It said Nicholas, anticipating he would eventually obtain a permit from the city "to complete his lair," implemented a backup plan, arranging "to completely fabricate the interior" of the hideaway at a Laguna Niguel warehouse.

The location, referred to as the Pond or the Ponderosa, "was infamous for its excessive extravagance, its sex rooms and its million-dollar sound equipment," the document alleged.

Nicholas had his private jet pick up prostitutes in New Orleans, Chicago, Las Vegas and Los Angeles "and bring them back to the Pond for his rock star friends," the draft complaint said. "He provided his guests with transportation and cocaine, Ecstasy, methamphetamines, marijuana, mushrooms, and nitrous oxide [laughing gas]" -- and even arranged for his private helicopter to land at a nearby hospital helipad, it said.

The lawsuit alleged that Nicholas required pledges of loyalty and secrecy from the contractors and at one point threatened James' life.

Nicholas, in an interview with The Times last week about the Kato suit, said the allegations of drug use against him were especially absurd because he had been recognized by authorities for his efforts to boost law enforcement.