NSA to Build Secretive Data Center in Utah (Shhh - it's Actually for Surveillance, not "Cyber-Security" as Widely Reported) 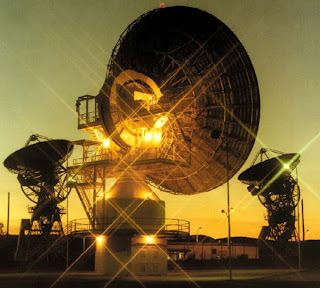 All news outlets are describing the proposed facility as a "cyber-security" center, but "Utah news reports, based on federal budget documents, have described the center as a collection point for surveillance of domestic and international telecommunications ... "

The deputy director for the Office of National Intelligence for Collection, Glenn Gaffney, says the data center will be dedicated to protecting the nation from cyber-attacks.

But that may be only part of the data center's mission. Utah news reports, based on federal budget documents, have described the center as a collection point for surveillance of domestic and international telecommunications.

Gaffney refused to say exactly what would go on at the data center. He was at the Utah Capitol on Friday along with Gov. Gary Herbert and Utah's congressional delegation to talk about the $1.6 billion project.

http://www.google.com/hostednews/ap/article/ALeqM5hEpQ6nHxWwH9Pw-psmOpHHBkqdAwD9BH0MVG2
----------------
Surveillance, according to the budget documents, not cyber-security, but nearly all news reports give us this ...

The massive complex, comprising up to 1.5 million square feet of building space, will provide intelligence and warnings related to cybersecurity threats across government.

The National Security Agency, whose job it is to protect national security systems, will soon break ground on a data center in Utah that's budgeted to cost $1.5 billion.

The NSA is building the facility to provide intelligence and warnings related to cybersecurity threats, cybersecurity support to defense and civilian agency networks, and technical assistance to the Department of Homeland Security, according to a transcript of remarks by Glenn Gaffney, deputy director of national intelligence for collection, who is responsible for oversight of cyber intelligence activities in the Office of the Director of National Intelligence. ...

As part of its mission, NSA monitors communications "signals" for intelligence related to national security and defense. Gaffney gave assurances that the work going on at the data center will protect civil liberties. "We will accomplish this in full compliance with the U.S. Constitution and federal law and while observing strict guidelines that protect the privacy and civil liberties of the American people," Gaffney said. ...

"Congressional records show that initial construction - which may begin this year - will include tens of millions in electrical work and utility construction, a $9.3 million vehicle inspection facility, and $6.8 million in perimeter security fencing. The budget also allots $6.5 million for the relocation of an existing access road, communications building and training area. ...

"It will also require at least 65 megawatts of power -- about the same amount used by every home in Salt Lake City combined. ... "

But that's not enough "data collection" (spying) for the NSA: "The agency is building a similar center in San Antonio at the site of a former Sony microchip plant."

The planned NSA facility is in newspapers coast to coast but supposedly it's hush-hush: "Sen. Orrin Hatch, the longest-serving member of the Senate Select Committee on Intelligence, refused to answer questions about the project. Officials from Hatch's office said they were not at liberty to discuss a classified matter, though it is referenced in several public documents and has been spoken about openly by state officials for the past week. ... "

http://www.sltrib.com/news/ci_12735293
-------
Glenn Gaffney, the government's point man on the Utah facility, is a data collection specialist, primarily, with little background in cyber-security: 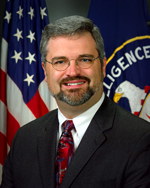 In January 2008, Glenn A. Gaffney was appointed as Deputy Director of National Intelligence for Collection. In this role, Mr. Gaffney works on behalf of the Director of National Intelligence to coordinate and integrate the collection efforts of the 16 intelligence agencies and ensures that the DNI priorities are appropriately reflected in future planning and systems acquisition decisions. Mr. Gaffney recently served as the Deputy Director for Science and Technology. In 1996, the DS&T and DO established the Clandestine Information Technology Office; the predecessor to today's IOC. Mr. Gaffney was part of a team which laid the foundation for this new office and established its targeting program for DO Information Operations. After joining the DS&T in 1997, Mr. Gaffney served CITO and IOC as Chief/Targeting and Analysis, Deputy Chief/Programs, Policy, and Resources, and then Chief/Computer Operations. He was appointed Deputy Chief/IOC in October 2002 and Chief/IOC in November 2005. Mr. Gaffney began his career with the CIA in 1986 as a technical analyst in the Directorate of Intelligence (DI) responsible for the analysis of Soviet space systems and space launch vehicles. His experience in this area led to a position as a senior analyst in the former Office of Scientific and Weapons Research where he was increasingly involved in supporting the Directorate of Science and Technology (DS&T) and the Directorate of Operations (DO) in designing and conducting clandestine technical collection operations to address critical technical intelligence gaps. Mr. Gaffney also led and participated in a number of DI technical research projects focused on developing and evaluating new collection techniques and approaches in support of the DS&T and the National Reconnaissance Office. Mr. Gaffney served two tours as a branch chief in the DI. He led a team responsible for technical analysis and intelligence production on foreign abilities to conduct air warfare against the US. During his second assignment, Mr. Gaffney established the CIA's first analytic team dedicated to assessing foreign Information Warfare threats to the US and providing technical targeting support to DO and US military Information Operations efforts. Mr. Gaffney was born and raised in New Jersey. He earned a Bachelor of Science degree in 1986 in Engineering Science with a specialty focus in astrophysics from the New Jersey Institute of Technology.