Danny Casolaro would be following up on this story, but he's dead. Gary Webb would have picked up on it and run with the leads, but he's dead, too. Oh, well, let's just leave it to the sober, responsible corporate press and all go shopping for belly-button pop music ...

The man she pursued, James Hughes, has been arrested in the deaths of her father and two other people. 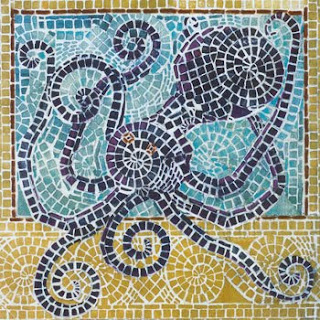 For years, Rachel Begley tracked the man suspected of killing her father and two other people in 1981. All three victims were gunned down in an apparent plot to silence them before they blew the whistle on corruption at the Cabazon Indian casino near Indio.

The scope of the conspiracy, with tentacles stretching across the nation and around the world, led investigators to dub the slayings the Octopus Murders.

Hughes, an ex-U.S. Army Ranger and former security director at the casino, was arrested at Miami International Airport as he was about to return home to Honduras. Riverside County sheriff's detectives along with U.S. Customs agents took part in the arrest.

Begley followed Hughes' movements for two years and finally confronted him in 2008 at a religious conference in Fresno. She and Michael Alvarez, the son of Alfred Alvarez, checked in under assumed names and carried hidden cameras.

The event was sponsored by the Full Gospel Businessman Fellowship International. The group's website has an autobiography describing Hughes as a former "professional hit man for the Mafia."

"I know what it's like to cut the throat of a man, see a man die, or throw a man in the trunk of a car and take him to his death," he wrote.

Hughes recalled a hit when he "walked into the man's house one day, pulled out my pistol, and put a bullet in everybody's head. . . . I had been paid to kill one man but had killed half a dozen people. The rest were in the wrong place at the wrong time."

When it came time for his speech, Begley secretly filmed it. Afterward, she approached Hughes and introduced herself as Ralph Boger's daughter.

With the camera still running, Hughes turned on her and Alvarez.

"Your parents got killed in a Mafia hit. That's life. That's what happened," he said. "Your parents were involved in some very dangerous things -- your dads. That's the only thing I can tell you. . . . I want to forget about the past. . . . I don't live there anymore."

He told Alvarez that he knew his father and had ridden motorcycles with him.

"Your dad and I were friends. He talked to somebody, they gave an order and that's what happened to him," he said. "It's a lot bigger than the murder of this guy or that guy. You're talking political people. I have told you more than I should."

Hughes told Begley to back off.

"You have children. You don't want to put your children in danger," he said. "Those children need a mother."

Begley took that as a threat but thinks the video helped build a case against Hughes.

"Before I went in, I sat and thought about all the things that could happen, and there was a little fear, but more determination," she said. "The fear hit me afterward."

When Begley began looking into the Octopus case, she was overwhelmed. The stories went in every direction. There were connections with Saudi arms dealers, Nicaraguan Contras, the manufacturing of weapons on Indian land, renegade private security companies and a journalist who apparently committed suicide while investigating it.

"A lot of it was lies, but a lot of it was true. I was able to confirm it," she said. "I was finally able to persuade the police to assign a detective to it. I just kept badgering them until they finally listened."

Begley, 41, worked closely with the detective as authorities began closing their net around Hughes.

At the time of the killings, the Cabazon casino -- run by a tribe of 25 -- was small but growing. Alvarez was troubled by reputed mobsters skimming casino profits and decided to take his evidence to the authorities.

But he never got the chance. On June 29, 1981, he, Boger and Castro were each shot in the head with a .38-caliber handgun as they sat on the back patio of his home.

In 1985, the Los Angeles Times reported that Alvarez had told a local newspaper that he feared for his life. Hughes told police that he had been ordered to take $25,000 to Idyllwild to partly pay off an unidentified man for the murders.

But the investigation stalled and Hughes left the country. 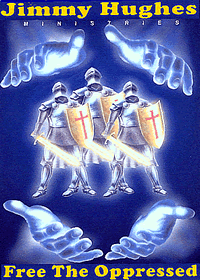 He returned in 1995 as head of Jimmy Hughes Ministries, helping abused women and drug addicts throughout Central America.

"There are still dangers involved," she said. "But I was in a lot more danger when I was not so public."

LOS ANGELES - An unsolved 1981 triple murder that spawned decades of conspiracy theories was a hit job orchestrated by a tribal casino director, financial adviser and others to cover up illegal activity at the Cabazon Band of Mission Indians reservation, state authorities said Thursday in a felony complaint. ...

James "Jimmy" Hughes, the founder of a Miami-based Christian ministry, was arrested Saturday at Miami-Dade International Airport on an outstanding warrant and was being held in Miami, where he is fighting extradition to California.

Hughes, 52, was charged with three counts of murder in the execution-style shootings of Cabazon tribal official Alfred Alvarez and his friends Patricia Castro and Ralph Boger. ...

Posted by Alex Constantine at 3:12 PM

This case and investigation are ongoing. Also, what is wrong with MSM picking up on this? Isn't this something that a lot have complained about in the past, that they don't pay attention? The fact that they are paying attention now is a GOOD THING.
Rachel Begley aka desertfae
www.desertfae.com

"what is wrong with MSM picking up on this?"

I mentioned Gary Webb for a reason - the "mainstream" press discredited him with falsified coverage of ghetto crack and the CIA, and in the wake of the loss of his reputation, at the very moment he was looking into an immensely corrupt computer company - Affiliated Computer Services, a CIA contractor that nas never been properly investigated by the press - he was a suicide or suicided. So my comment was sarcastic. The Los Angeles Times story was strictly dictation. If not for a lone woman's persistence, the killers might not even have been caught. She knows that she could well end up a "suicide," as well, but she courageously pursues the truth. The Times reported because arrests were made, then the reporter took notes. Those "political" connections mentioned in the story need to come to light - but "conspiracy theorists" have already done that - a long time ago. Where has the MSM been?

The FBI polygraphers will clean-up this mess.